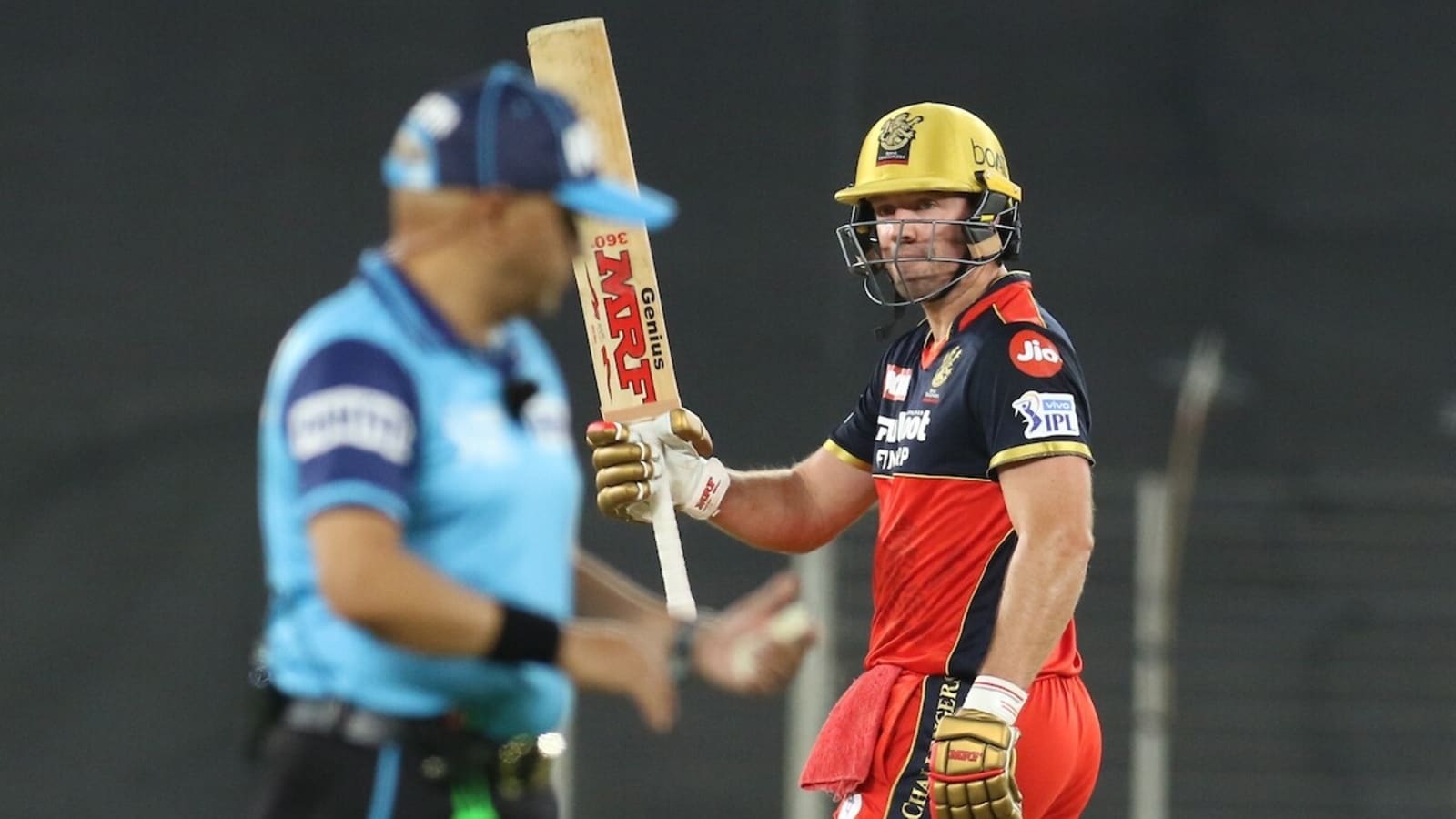 Time and time again, AB de Villiers proves just why he is one of the most prolific batsmen to have ever played the game. When the South African smashed 75 off just 42 balls for Royal Challengers Bangalore (RCB) against Delhi Capitals (DC) in their Indian Premier League 2021 (IPL) match, his captain Virat Kohli couldn’t help himself but praise the sensational knock.

Off the field, Virat and de Villiers share a great friendship, something they have shown publicly on numerous occasions. While speaking at the post-match press conference, Kohli revealed a tidbit from one of their conversations and also lauded AB’s batsmanship.

“AB doesn’t like me saying this, but he hasn’t played competitive cricket for 5 months, but if you look at him bat it doesn’t feel like he doesn’t play international cricket anymore. Hats off to him, keeps doing it again and again for us. Such an asset for us. I’ll say this again (smiles). He hasn’t played for five months, just watch that inning,” Kohli said.

Talking about defending the total, Kohli remarked that his bowlers kept the team in the game and that they had achieved a par-total at the Motera Stadium in Ahmedabad.

“For the most part I think we were top in this game with our bowlers. We felt 160-165 was par. It was a bit two-paced,” Kohli said at the post match presentation.

Also Read | ‘He makes your jaw drop, why don’t you send him to open?: Gavaskar on RCB star

“There wasn’t any dew tonight thanks to that little sandstorm in the middle and we ended up bowling with a dry ball. If you look at our bowling line-up, Maxi’s still not bowling, he’s the 7th option. As a captain I can bowl guys at different stages, take the load off one another,” added Kohli.

Earlier in the day, RCB posted 171/5 in 20 overs they were sent into bat. Openers Padikkal (17) and Kohli (12) put stitched a 30-run stand but conceded their wickets on successive deliveries. Glenn Maxwell (25) put on 30 runs for the second wicket with Rajat Patidar. AB de Villiers arrived at the crease upon Maxwell’s dismissal and then registered a crucial 54-run stand with Patidar (31). Eventually, de Villiers’s blistering knock helped his side to a respectable total.

In response, DC was reduced to 28/2 after losing Shikhar Dhawan (6) and Steve Smith (4) in quick succession. Prithvi Shaw fell after scoring 21 and it was a 45-run stand between Marcus Stoinis (22) and skipper Pant that steadied their ship. West Indies batsman Shimron Hetmyer walked after Stoinis’ wicket and almost took DC over the line. He remained unbeaten on 53 (25 balls), while Pant hit 58 not-out of 48 balls.