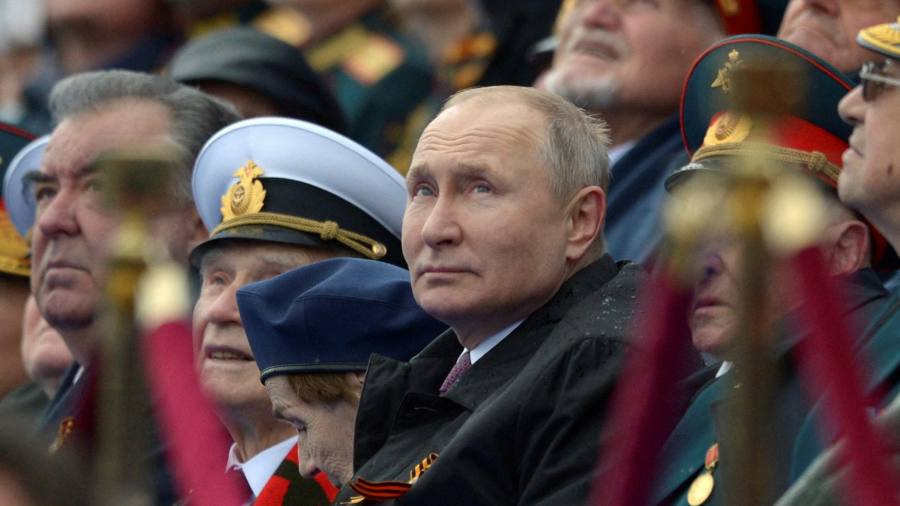 At their Conference on the Future of Europe, which opened on May 9, EU leaders invited citizens to “join the debate” on the path ahead. In Washington, President Joe Biden has called for “togetherness” as he announces ambitious plans to transform the US economy and society. For the west, the way to deal with crises is to build images of a better, shared future.

By contrast, Russia is turning to the past in its search for unity. At a Red Square military parade, also held on May 9, President Vladimir Putin asserted that the Soviet people had fought “alone” on their road to victory over fascism in the second world war. In this way, he confirmed that Russia and the west are on opposite trajectories.

Putin’s emphasis on his nation’s past achievements could secure stability in Russia for a while. His rule benefits from the fact that the Kremlin today faces no serious internal or foreign threats. Why, then, is Putin acting like some geopolitical Alfred Hitchcock and creating suspense in international relations, forcing western leaders to play “who blinks first”?

As Russia’s chief decision maker, Putin’s personal moods obviously matter. However, more important is the logic of the Russian system of power, with its demand for recognition on the world stage of the nation’s great power status. According to this logic, Russia cannot be ignored and must be a member of the global concert of powers. It believes macho bullying is the entry ticket to the concert.

Despite the crackdown on domestic dissent and the anti-western rhetoric of state propaganda, the Kremlin’s policies are aimed at preventing Russia from turning into a sealed-off fortress. For in order to be a great power, Russia has to sit at the same table as its peers. To satisfy its global aspirations and conform with the logic of its domestic power arrangements, Russia has to be simultaneously with the west and against it.

In a sense, Putin is getting what he wants. Biden has suggested holding a US-Russian summit, and EU leaders are trying to keep open lines of dialogue with Moscow despite low levels of mutual trust. However, if western governments hope to find a modus vivendi with Russia, they may be disappointed.

For the price that the Kremlin is willing to pay for the risks its policies are incurring is higher than the costs that the west is ready to impose on Russia for causing disruption. In effect, the west is pursuing a dual-track policy towards Russia of containment and co-operation. In recent times, however, this policy has run into the problem that co-operation stalls every time the west feels a need to deter Russia. If they want their approach to work, western countries will have to do a better job of compartmentalising the two tracks.

There are important differences with the cold war era of Soviet-western confrontation. In those decades, the Soviet Union unintentionally consolidated western unity by behaving in ways that strengthened the west’s commitment to principles of liberal democracy and the rule of law. Nowadays, post-Soviet Russia undermines the west by mimicking its liberal principles and getting “inside” western societies through its political and economic elites, business operations and powerful lobbying machines.

Partly for these reasons, the west finds it hard to set clearly defined “price tags” for what it deems unacceptable Russian behaviour. The Kremlin’s recent military build-up on Ukraine’s borders was evidently no red line for the EU. Yet to accommodate Moscow simply encourages its assertiveness.

Nevertheless, a bitter irony may lie in store for Russia. Putin’s international bullying beefs up his image as a strong leader at home. Yet the Kremlin’s continual testing of western patience serves to undermine Russia in more subtle ways.

After the Soviet Union’s collapse, Moscow learnt to use the west as an economic and technological resource. The Russian elite made the west its home. But to preserve the west as a resource, Russia needs the trust of western partners. Instead, the Kremlin’s Hitchcock-style games of suspense provoke western suspicions and an instinct to fall back on deterrence.

There is a potential trap for the west, too. Its dual-track policy helps Russia’s power structures, as they have evolved under Putin, to limp on. The Kremlin and its agencies engage in international behaviour that the west finds disagreeable. But the west can hardly try to undermine them without running the risk that Russia would plunge into instability. Is the west really prepared for the huge uncertainties of a world in which the existing power structures in Moscow unravel before any domestic alternative is available to take their place?