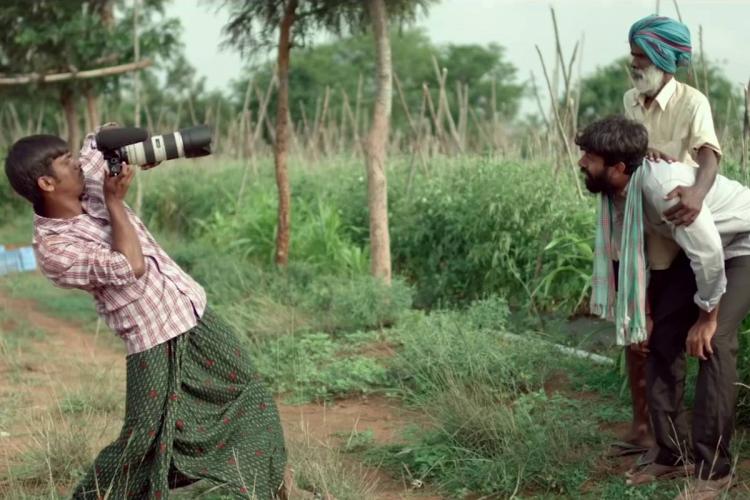 With several big-budget Tollywood films such as Acharya, Virata Parvam, Love Story and Tuck Jagadish being postponed in view of the pandemic, Telugu movie buffs are once again relying on Over-the-top (OTT) platforms for entertainment. Several Telugu movies ranging from psychological dramas to romantic anthologies, are available to watch on streaming platform Netflix.  Here’s a list of six engaging Tollywood movies streaming on Netflix:

Game Over: Helmed by filmmaker Ashwin Saravanan, Game Over revolves around the life of a game designer whose life turns upside down when a serial killer enters her house and makes her play a twisted game for survival. Starring Taapsee Pannu as Swapna, the jaw-dropping psychological thriller is likely to send shivers down your spine. Bankrolled by YNot Studios in association with Reliance Entertainment, the 2019 movie was shot simultaneously in Tamil and Telugu, with the dubbed Hindi version presented by filmmaker Anurag Kashyap. The movie has music by Ron Ethan Yohann.

Cinema Bandi: Helmed by debutant Praveen Kandregula, the Telugu comedy drama Cinema Bandi is a simple and sweet tale on filmmaking. Set in a remote village, far from the comforts of urban life, Cinema Bandi showcases the life of a struggling rickshaw driver that takes an interesting turn when he comes across an expensive camera and decides to make a film with his fellow villagers. Bankrolled by The Family Man fame Raj and DK, the movie premiered on Netflix on May 14 this year.

Uma Maheshwara Ugra Roopasya: Starring actor Satyadev Kancharana, along with actors Naresh, Suhas, Raghavan, Hari Chandana and Roopa Koduvayur, among others in pivotal roles, Uma Maheshwara Ugra Roopasya revolves around the life of a soft-spoken photographer who gets into a brawl with a bully and is beaten up on a busy market square. The rest of the plot tracks how the photographer chooses an unconventional path to avenge the humiliation he faced and get back at his attacker. The Venkatesh Maha directorial is the Tollywood remake of hit Malayalam movie Maheshinte Prathikaaram. The movie was initially slated for theatrical release but was postponed in view of the pandemic. It premiered on Netflix on July 30.

C/o Kancharapalem: Marking the directorial debut of filmmaker Venkatesh Maha, 2018 anthology C/o Kancharapalem  is about the romantic tales of four couples whose love spans across age, religion and status. Set in a rural backdrop, the light-hearted movie features many actors including Karthik Ratnam, Praveena Paruchuri (who also produced the movie) and Subba Rao, among others. The cast included several non-actors, many who were natives of Kancharapalem, the area the movie is set in. The offbeat romantic film was bankrolled by Praveena Paruchuri and distributed by Suresh Productions.

Awe: Directed by debutant Prashanth Varma, Awe takes audiences through the lives of six people and touches upon various psychological and social issues including mental health, gender and drug abuse, among others, being discussed. The ensemble cast of the cross-genre film includes actors Kajal Aggarwal, Nithya Menen, Regina Cassandra, Eesha Rebba, Srinivas Avasarala and others in pivotal roles. The 2018 movie was bankrolled by actor- producer Nani and Prashanti Tipirneni under their banner Wall Poster Cinema.

READ:‘Pitta Kathalu’ review: Netflix film on lust and love fails to take off

(With inputs from Netflix)

Bollywood filmmakers in the hunt for Tollywood projects – Telugu360