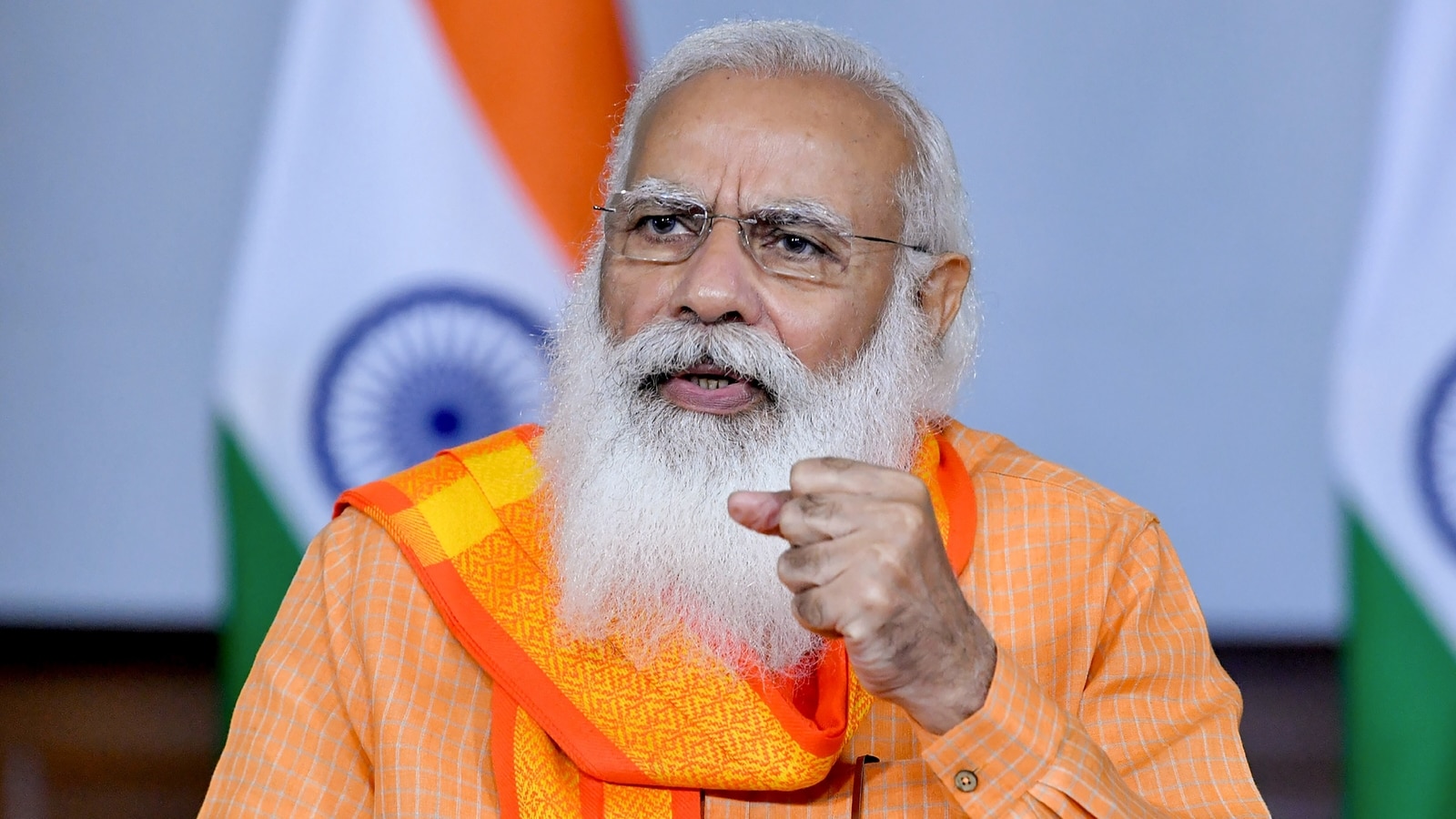 Prime Minister Narendra Modi has directed officials to ensure timely evacuation of citizens involved in off-shore activities ahead of cyclone Yaas making landfall on the eastern coast on May 26, within a fortnight of cyclone Tauktae battering the western coast resulting in deaths of at least 66 people onboard an offshore barge near Mumbai coast.

The PM held a meeting on Sunday to review the preparedness to deal with cyclone Yaas and asked officials to work in close coordination with states to ensure people are evacuated safely from high-risk areas, and outages of power supply and communication network are kept to a minimum and restored swiftly, a statement from the prime minister’s office (PMO) said.

He also asked for coordination and planning with state governments to ensure no disruption is caused to Covid-19 treatment and vaccination in hospitals.

The meteorological department has said that a low pressure area has already developed in northern Andaman Sea which is likely to intensify into a depression by May 23 morning and turn into a very severe cyclonic storm by May 24 and will likely cross north Odisha and West Bengal coasts by May 26 evening with the wind speed ranging between 155-165 kmph and gusting to 185 kmph. Cyclone Yaas is likely to cause heavy rainfall and storm surge in the coastal districts of the two states while making a landfall anywhere in between north Odisha coast and Sundarbans.

The Prime Minister has called for involving various stakeholders like coastal communities and industries and directly reaching out to them and sensitising them, the PMO said.

“PM directed officials that advisories and instructions on do’s and don’ts during the cyclone [should] be made available in easy to understand and local language to citizens of the affected districts,” the PMO release said.

The review meeting comes in the backdrop of the tragedy brought about by Cyclone Tauktae, that on Monday evening sank Barge P-305, which housed personnel engaged in maintenance work of an offshore oil drilling platform of the state-run oil and gas major ONGC, off the Mumbai coast. The death toll on the barge rose to 66 with the recovery of six more bodies on Saturday, while nine personnel are still missing, the Navy said yesterday.

The ministry of home affairs is reviewing the situation ahead of the arrival of another cyclone and is in touch with the state governments, union territories and the central agencies concerned. It has already released the first instalment of the state disaster response fund (SDRF) in advance to all states, and the National Disaster Response Force (NDRF) has pre-positioned 46 teams equipped with boats, tree-cutters, telecom equipment in five states and a Union territory. In addition, the Indian Coast Guard has also been alerted and the navy is gearing up as they continue to be on standby, the PMO noted.

Last year on May 20, south West Bengal was hit by cyclone Amphan in the Sunderbans with a wind speed of 155–165 km per hour and gusting up to 185 km per hour. It had killed 98 people while pummelling through six districts. Weather experts say that Cyclone Yaas’s landfall could coincide with the spring tide on the full moon, also on May 26, making the storm surge higher and devastating.

In the villages of Bengal’s coastal districts, officials are making announcements about the approaching cyclonic storm and the evacuation process that could start on May 25. Fishermen were being asked not to venture out into the sea. District officials said that the number of cyclone and relief shelters, where evacuated people would be kept, was being increased by roping in school and college buildings so that social distancing could be maintained.

The Odisha government on Saturday ordered all district collectors of coastal areas to bring people living in mud houses to cyclone shelters with Covid-19 appropriate behaviour.

Mondays & Saturdays bring one question at Dongri Children’s Home: ‘When will lockdown end?’ - The Indian Express

Amid congress feud: Sons of two Congress MLAs being considered for govt jobs on compassionate grounds – The Indian Express

Assembly Polls: Will Congress’ Strategic Bet Pay Off on Counting Day? – The Wire

Lockdown Should Be Last Resort, PM Tells States In Address To Nation – NDTV