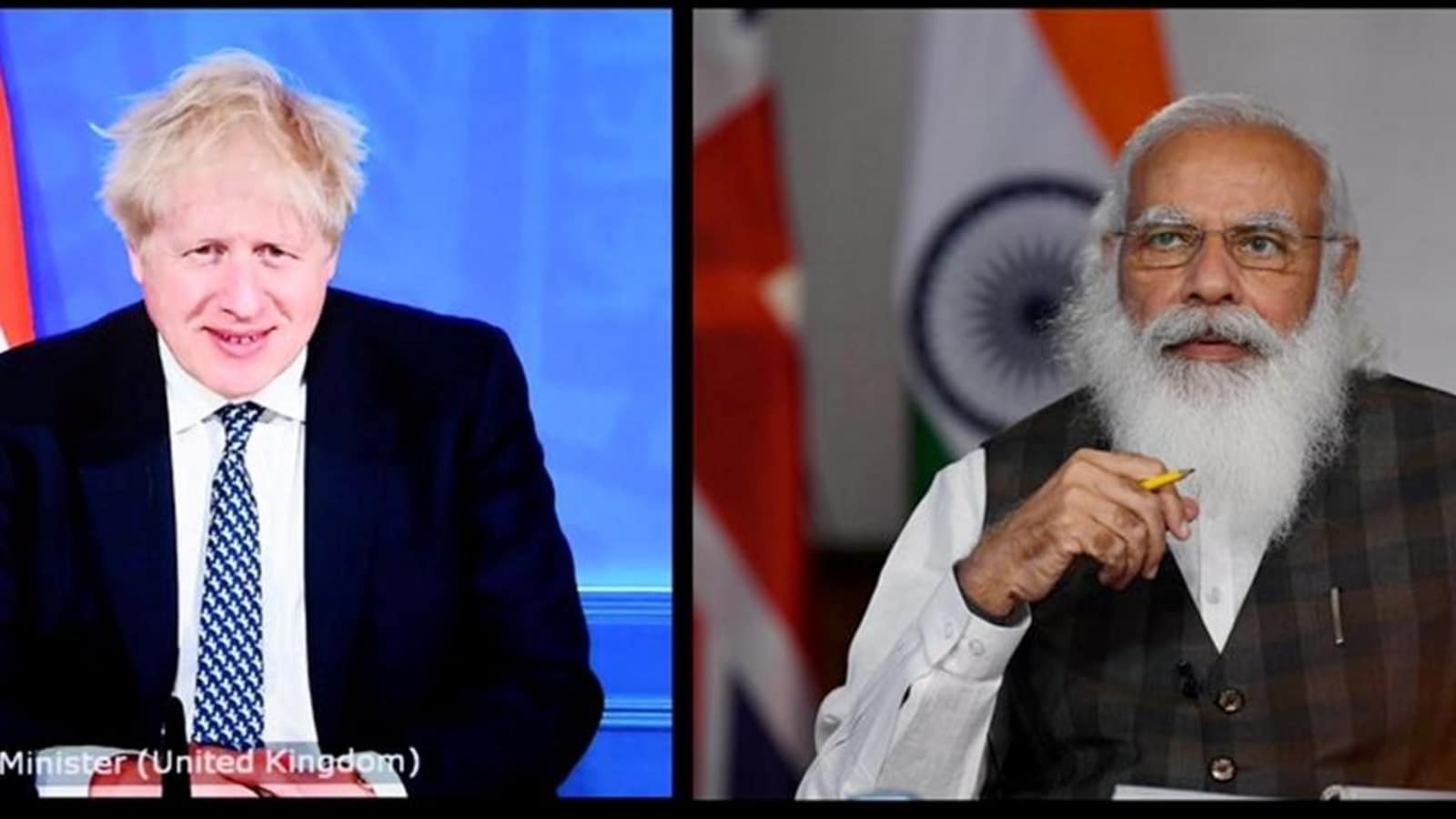 In a major move, India and the UK on Tuesday vowed to expand bilateral defence cooperation, including through technology collaboration in developing combat aircraft and complex weapons, during a virtual summit between Prime Minister Narendra Modi and his British counterpart Boris Johnson.

A 10-year roadmap unveiled at the summit for boosting overall India-UK ties mentioned that the two countries will strengthen cooperation to take “decisive and concerted actions” against globally proscribed terrorists and terror entities.

In the talks, the two sides also agreed to increase maritime co-operation while India invited the UK’s liaison officer to the Indian Navy’s information fusion centre, a key facility that keeps a hawk-eyed vigil on developments and movement of ships in the Indian Ocean region.

A 10-year roadmap unveiled at the summit for boosting overall India-UK ties mentioned broadening dialogue on “combat air collaboration to determine how the UK can support India’s ambitions for their light combat air MK2 programme”.

“Both prime ministers agreed to deepen their defence and security cooperation through the India-UK defence and international security partnership framework and welcomed the finalisation of the new logistics MoU,” said a joint statement on Modi-Johnson talks.

It said the two leaders agreed that there is a promising new era ahead for India-UK collaboration on key military technologies including combat aircraft, maritime propulsion system and complex weapons, harnessing the strengths of Indian and British industries, government laboratories and academia.

The statement said such collaborations will help in delivering the next generation defence and security capabilities through co-development and co-production.

Joint Secretary in the Europe West division in the Ministry of External Affairs Sandeep Chakravorty said at a media briefing that the two sides discussed co-development and co-production of military hardware.

“During the deployment of the UK’s Carrier Strike Group in the Indian Ocean Region in 2021, they agreed to hold joint exercises that will deepen cooperation in a region of critical strategic importance to both countries,” it said.

The 10-year roadmap said India and the UK will work in a strategic partnership to strengthen efforts to tackle cyber, space, crime and terrorist threats and develop a free, open and secure Indo-Pacific region.

“Our shared interests will underpin greater cooperation in multilateral fora where a strengthened UK India relationship will build understanding among diverse partners on international security and will help set global rules for cybersecurity and space taking into account their respective interests,” it said.

It also mentioned that the two sides will aim to further enhance cooperation to promote international security and stability in cyberspace including through bilateral cooperation on critical national infrastructure, healthcare and vaccines.

The joint statement said both leaders reiterated their full support to a free, open, peaceful and secure cyberspace and agreed to strengthen cooperation through an enhanced India-UK cyber security partnership to tackle growing cyber threats.

“They affirmed their shared vision of an open, free, inclusive and rules-based Indo-Pacific region, underpinned by respect for territorial integrity and sovereignty, rule of law, transparency, freedom of navigation and overflight in the international seas, unimpeded lawful commerce, and peaceful resolution of disputes,” it said.