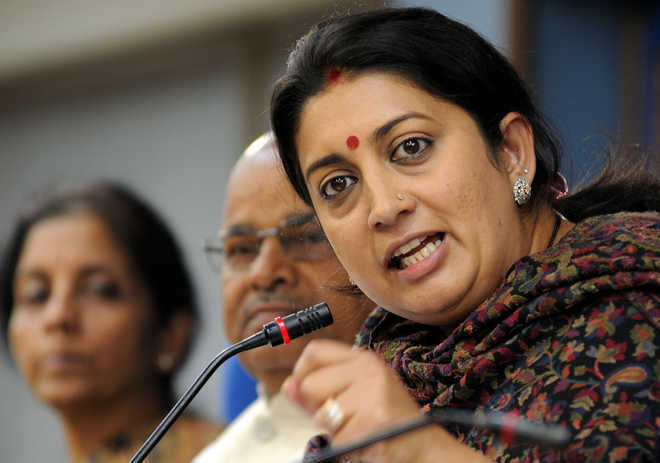 With Trinamool Congress chief Mamata Banerjee defeating the BJP in its own game, it seems the saffron party is preparing a long-term strategy to tackle her and further strengthen its ground before West Bengal goes for the Assembly elections in 2026.

Speculations are rife that the party is considering giving the charge of the state to its firebrand Amethi MP Smriti Irani. Apparently, the BJP is considering taking away the command of its just missed state from senior leader Kailash Vijayvargiya and passing it to Irani so that she can strengthen the BJP’s  ground and also keep Mamata engaged by giving her a good fight in days to come.

As a leader, Irani is someone who the BJP leadership believes has it in her to challenge the TMC supremo who managed to take on the trio of Prime Minister Narendra Modi, Home Minister Amit Shah and BJP president JP Nadda with her grit, gumption and determination.

One of the conclusions the BJP has drawn from the recent elections is the absence of a fiery leader who appeals to the grassroots and also speaks the language of the local people. Irani, who has proved her mettle by showing none less than Rahul Gandhi the door in Amethi, fits the bill. She knows the language well enough to communicate her mind to the local people. She also campaigned extensively in the just-concluded polls and knows the state well.

Another reason, of course, is women voters, a sizable number of whom seems to be inclined towards Mamata. The leadership believes this to be another reason for its below expectations performance in recent elections. Irani can connect better with this segment, the BJP believes.

While Vijayvargiya has delivered well for the party in the 2019 Lok Sabha elections, sources say the BJP wants to press a refresh button in Bengal. It remains to be seen whether Irani is part of the strategy.