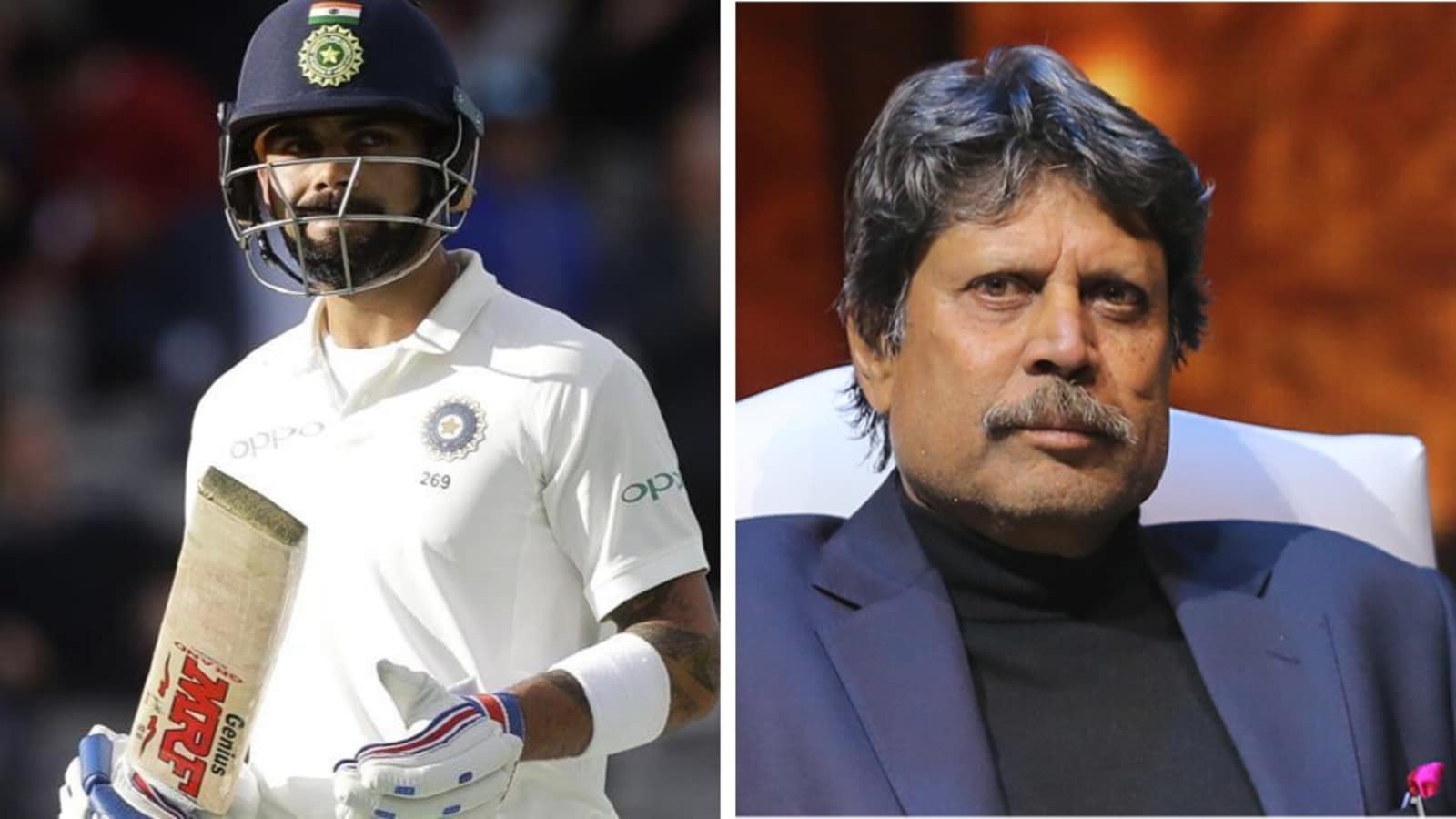 Virat Kohli has been on two tours of England since he made his Test debut for India. In the first tour in 2014, Kohli was all over the place, scoring just 134 runs from 10 innings, statistically the India captain’s worst in a three-Test series or more. However, four years later, Kohli turned it around in style, scoring a mammoth 593 runs from five Tests, including two centuries and three fifties.

Three years later, as Kohli embarks upon his third tour of England, he would be no stranger to the conditions there, but former India World Cup-winning captain Kapil Dev has interesting advice for the current skipper, which will help Kohli ‘excel.

READ | ‘We get Kohli, Dhoni… whosoever we like’: Butcher feels ECB missed a trick by not entertaining BCCI’s request

“I expect him to excel. Can you really shackle him? He is a natural when it comes to adapting but I would caution him to not be over-aggressive. He will have to measure it session by session. He’ll be better off waiting for his moments of dominance,” Kapil told Mid-Day in an interview.

“He will get his runs with a bit of patience. Trying too hard and too early doesn’t work in England where you need to watch the movement of the ball. If you play seam and swing well, show patience, you will succeed in England.”

India are set to travel to the UK for a long tour. They first face New Zealand in the final of the World Test Championship in Southampton starting June 18 before proceeding to play hosts England in a five-Test series starting August 4. India have faced defeats in their last three Test tours of England. They last won a Test series in the UK in 2007, whereas prior to it, they had triumphed in England way back in 1986, when Kapil was the captain.

Under Kapil, India won the series 2-0, and recalling the historic series, the former India all-rounder explained what the current team should keep in mind while playing in England.

“We played exceptionally good cricket. I want this team to remember that England in England is tough. They are a very good team when playing at home but then, it will also depend on how the Indian bowlers adapt to the conditions and pitches. Swing will be very rewarding and here I feel England are one step ahead of India,” explained Kapil.

Life without you is incomplete: Virat Kohli’s letter for his ‘true love’ goes viral on social media – Times Now