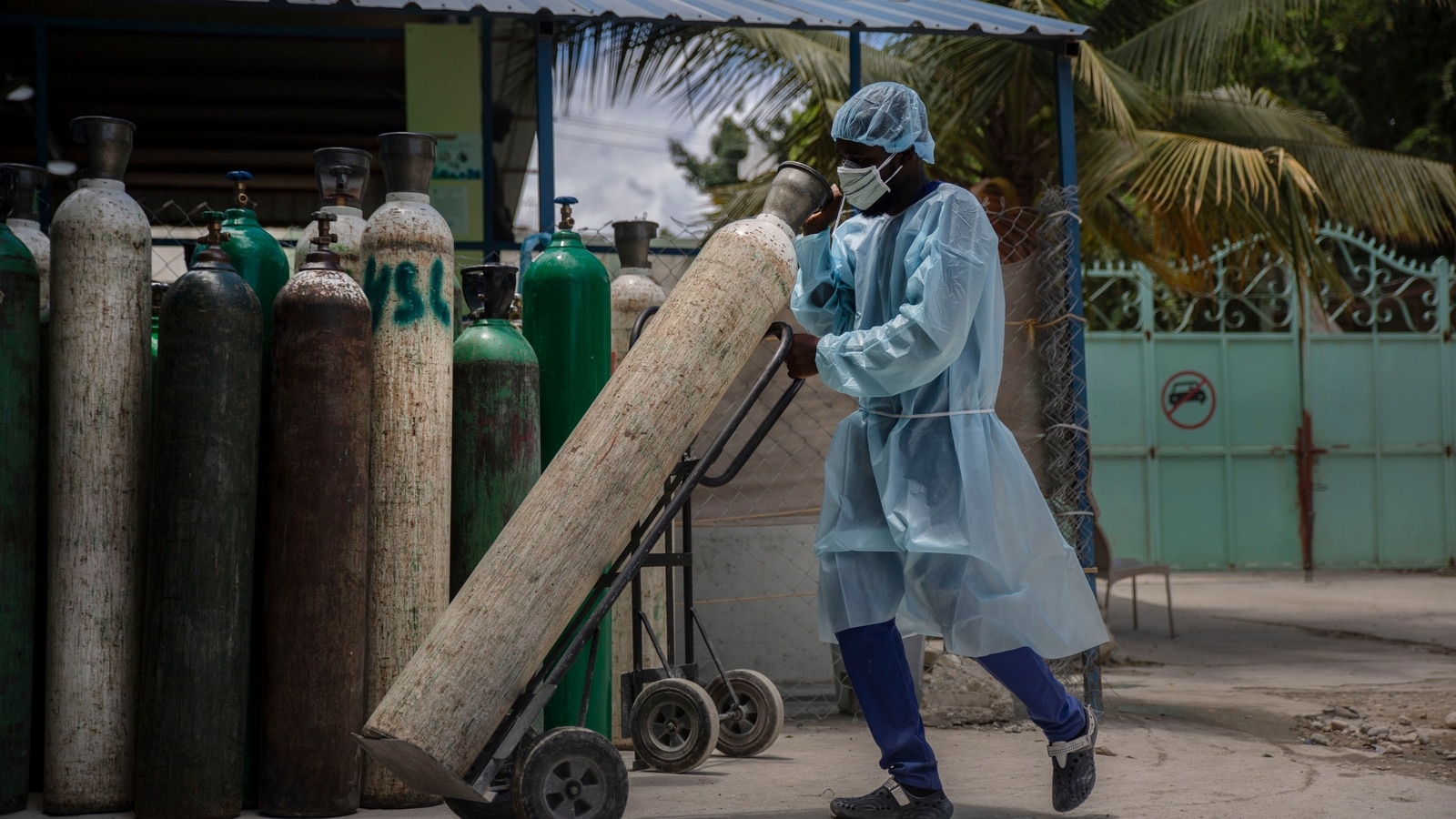 Maharashtra became the latest state to back the Centre’s claim of zero death reported due to oxygen shortage during the second wave of coronavirus disease (Covid-19). On Wednesday, health minister Rajesh Tope told news agency ANI that no Covid patient had died in the state due to lack of oxygen. “We filed an affidavit to this effect in the court also. We had diverted 100 per cent oxygen meant for industrial use for medical purposes,” he was quoted as saying by ANI.

His remarks come after Shiv Sena leader Sanjay Raut earlier in the day said that the Centre is “lying” about the oxygen shortage, and that a “case should be filed against the government”.

“I am speechless. What would have happened to the families of those who lost their loved ones to oxygen shortage after hearing this statement?” Raut told ANI.

Interestingly, the Shiv Sena is a part of the Maha Vikas Aghadi (MVA) ruling dispensation in Maharashtra.

With Tope’s statements, Maharashtra has joined the wagon of four other states, including Bihar, Tamil Nadu, Chhattisgarh and Madhya Pradesh, which have also denied Covid-19 fatalities owing to oxygen shortage as claimed by the Centre.

On Tuesday, Chhattisgarh health minister TS Singh Deo told ANI that they’re an “oxygen-surplus state”. “There could have been some issues regarding management, otherwise, there is no death due to lack of oxygen,” he added.

However, Deo also blamed the Centre for taking credit for “all good things” and blaming the states for “everything that is bad”.

On Wednesday, the health minister of Tamil Nadu M Subramaniam emphasised the state government’s take on the oxygen shortage issue. Speaking to ANI, he said, “There were no deaths due to oxygen shortage in Tamil Nadu. The chief minister has worked on a war footing to prevent this.”

Meanwhile, following attacks by opposition leaders, Bharatiya Janata Party (BJP) spokesperson Sambit Patra on Wednesday said that the onus was on the states and Union territories (UTs) to report on Covid-19 fatalities due to oxygen shortage, adding that such data wasn’t shared with the Centre.

“If the Opposition says the Centre has not put the correct data, then they should ask their own state governments what has gone wrong,” Patra said.

He blamed the Congress and Aam Aadmi Party (AAP)-led states for not sharing oxygen shortage-related deaths to the Centre. Notably, Chhattisgarh that has backed the Central government on this issue is a Congress-ruled state.

Also Read | Centre lied in Parliament over deaths due to oxygen shortage: Sisodia

These developments come after the newly-appointed Union minister of state for health and family welfare, Dr Bharati Pravin Pawar told the Rajya Sabha on Tuesday that no deaths “due to lack of oxygen have been specifically reported by states/UTs”. She was responding to a question that several coronavirus patients died on roads and hospitals due to oxygen shortage during the second wave of the virus outbreak.

Shops in Navi Mumbai to shut after 5 p.m. - The Hindu

5 bungalows in Mumbai to a mansion in Dubai, all the multi-crore homes Amitabh Bachchan and his family owns – GQ India

Over 1.24 lakh sacrificial animals for Eid affected by flooding in Deonar abattoir – The Indian Express