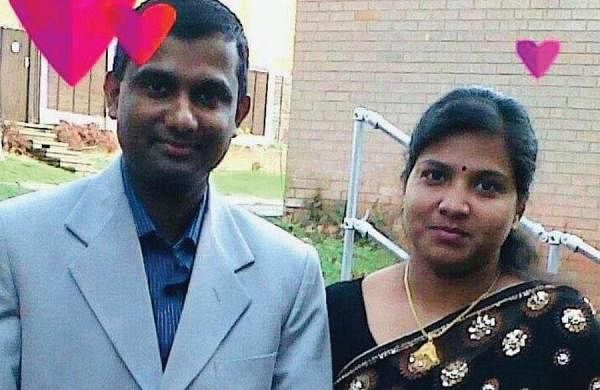 KOTTAYAM: The Olickal house in Chirackadavu — near Ponkunnam in Kottayam — has been shrouded in gloom ever since the family received information about the death of Sheeja Krishnan, 41, who was working as a nurse in Redditch, northeast Worcestershire, England.

Having received the news on Monday night, the mystery over Sheeja’s death — with some of their acquaintances in the UK indicating suicide — has only served to increase the grief and anxiety of her aged parents Krishnankutty and Shyamala. The technicalities involved in bringing back the body of a person having UK citizenship also makes their wish to see the mortal remains of their daughter uncertain.

The parents have approached Chief Minister Pinarayi Vijayan and Union Minister of State for External Affairs V Muraleedharan seeking their intervention in the matter. They also want the Union government to exert pressure on the UK government to initiate a detailed inquiry to unravel the mystery behind the death of their daughter.

Sheeja, aka Sheena, is the wife of Baiju, who hails from Amanakara near Pala. She had been working in the UK for nearly 18 years. After their marriage, the couple, along with their two sons, settled in Redditch.
“I received a call by 11pm on Monday from one of Baiju’s friends that Sheeja died of a heart attack. The informer also said she was suffering from fever for a few days. With there being no further communication till the next afternoon, we got in touch with some of our contacts in the UK and found that Sheeja had died by suicide,” said Shaiju Krishnan, her brother.

Shaiju said the family wants a detailed investigation into the reasons behind the death as well as a government intervention to bring her body back. According to relatives, there were some issues between Baiju and Sheeja. Adding to their suspicion, the family members have also received a voice message that Sheeja had shared with her close friends. In the clip, she had accused her husband of domestic violence.

“The voice clip, sent to one of her friends just a few hours before her death, clearly suggests that she has not received justice,” Shaiju said. The family is now awaiting a postmortem report to decide whether to initiate prosecution proceedings against her husband. Sheeja, who worked as a staff nurse with the National Health Services in the UK, studied at the SC Higher Secondary School and St Thomas College, both in Ranni.