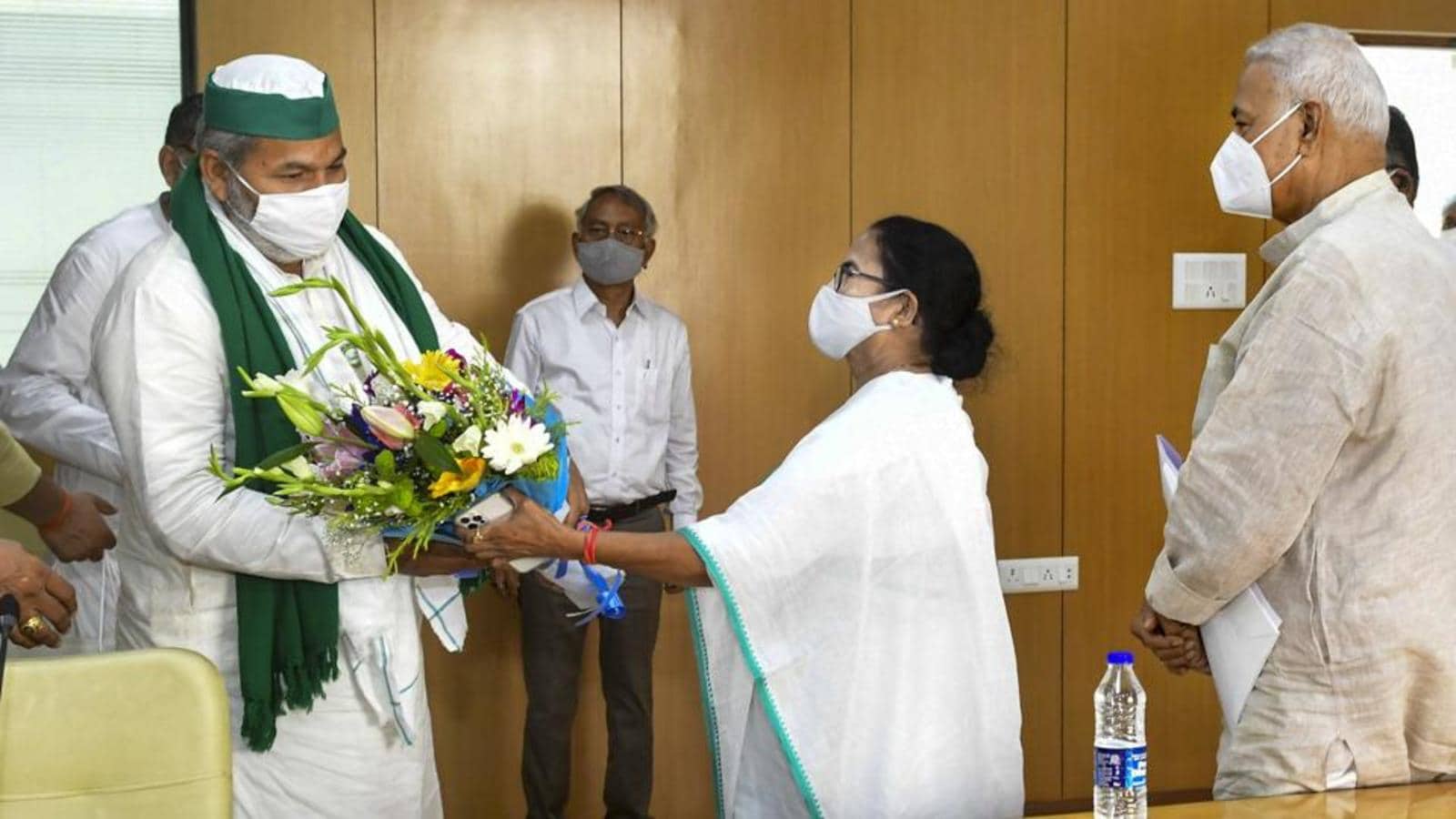 West Bengal chief minister Mamata Banerjee on Wednesday said that in a federal set-up there should be a union of state governments, which would unanimously take on the Centre if any state was harassed.

“In a federal structure, there should be a union of state governments. If any state is harassed then other states would fight for it. Every chief minister (of non-NDA ruled states) should stick together. I would urge every opposition party to unite (against the BJP) to save democracy,” she said.

The Bengal chief minister, who has extended her party’s support to the ongoing farmers’ agitation against the Centre’s three controversial farm laws, met a delegation of farmer leaders led by Rakesh Tikait, at the secretariat during the day.

“We are ready to support the ongoing farmers’ protest till the time the demands are not met. They (farmer leaders) have requested me to speak to other chief ministers (of non-NDA ruled states) so that together we could hold a virtual conference with the farmers. I will surely speak to the chief ministers so that we can send a unanimous letter. This would give them some strength before the Lok Sabha polls,” she said while renewing her demands that the Centre should withdraw the three farm laws.

In a joint press conference held after the meeting, the Bharatiya Kisan Union (BKU) leader requested Banerjee to extend her support to the farmers’ protest.

“We have urged Mamata Banerjee to turn West Bengal into a model state where farmers get maximum benefits by doing away with middlemen who siphon of all the profits. Other states may also follow the model. Farmers have been hit hard during the pandemic,” he said.

The Trinamool Congress has recently announced that it will expand its footprint beyond West Bengal. Abhishek Banerjee, the party’s general secretary who also happens to be the chief minister’s nephew, had said on Monday that the TMC will come up with a national plan within a month.

Taking a swipe at the Centre over its vaccination policy and the steep hike in fuel prices, the chief minister also said that it was not right on the Centre’s part to try to bulldoze the states every time in a federal structure.

“The Prime Minister need not take credit for giving free vaccines. This is not BJP’s money. It is people’s money. Even the Supreme Court has directed the Centre to give more importance to states and the federal structure. But still the Centre hasn’t come up with any guidelines,” she said, while adding that the BJP had promised even before the Bihar assembly elections that the Centre would provide free vaccines.

'Ask Kohli, he will never worry about Johnson but will always have doubts against Anderson': Irfan Pathan - Hindustan Times

There should not be any report of carcass meat getting sold: Mamata Banerjee – Hindustan Times