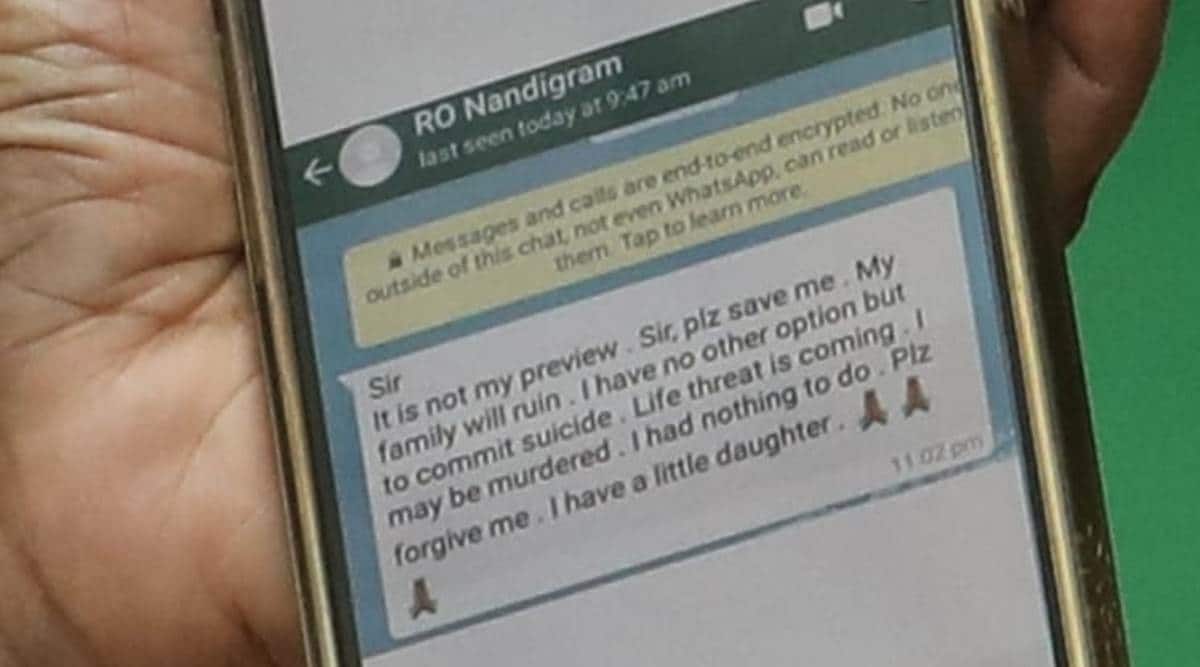 A DAY after sweeping the Assembly elections in West Bengal, TMC chief Mamata Banerjee said Monday that EVMs in Nandigram, where she lost to BJP’s Suvendu Adhikari, were tampered with and that the Returning Officer (RO) had denied recounting fearing a threat to his life.

She said that her party would approach the courts over the issue.

However, when asked about the allegations, sources in the Election Commission (EC) told The Indian Express that a report submitted by the poll body’s observer in West Bengal states that RO was indeed under pressure — but it came from the TMC to agree to a recount of all EVM votes in Nandigram.

The Commission is learned to have asked the state government to provide police protection to the Nandigram RO Kishore Kumar Biswas. Responding to a question, a senior official said Biswas had not approached the EC for protection.

“The elections are over, and the Model Code of Conduct has been lifted from all four states and one union territory. The EC has asked the West Bengal government to give the officer protection, but it’s up to them to do it,” the official said.

Banerjee fought a pitched electoral battle in Nandigram with her protege turned rival Adhikari. On Sunday evening, the EC declared Adhikari as the winner by a margin of 1,956 votes. While the TMC had sought a recount of all EVM votes, the RO dismissed the plea on the ground that Banerjee’s counting agents were present at the time of EVM counting and seemed satisfied with the process.

When contacted on Monday, Biswas said he is not authorised to speak to the media.

Sources said that the only legal recourse for the TMC in this situation is to file an election petition in the High Court challenging the result.

“The BJP played a nasty game. I do not know why. I heard that the Central forces continuously threatened people in that counting centre and there was a power cut for around 40 minutes. What was the harm if recounting was allowed?” Banerjee said.

“They announced that I had won, the Governor also congratulated me. Then they announced I am trailing. How did the Election Commission suddenly reverse the result after announcing it? We will move the court. Justice is the main pillar of democracy,” Banerjee said.

On Monday, TMC workers sat on dharna at the residence of the District Magistrate and they would not move until the administration provides a written assurance that VVPATs and ballots will be stored properly.

“Our counting agents said observers also played a negative role. So, all the documents should be kept properly. Otherwise, we will be forced to undertake a forensic investigation and I will surely go to court,” Banerjee said.

Meanwhile, the EC cited the Covid situation to defer elections for two Assembly seats in West Bengal and the by-election for a seat in Odisha, all scheduled for May 16. Assembly polls in Jangipur and Samserganj constituencies of West Bengal and the bypoll for Odisha’s Pipli seat were adjourned due to death of contesting candidates from recognised political parties.