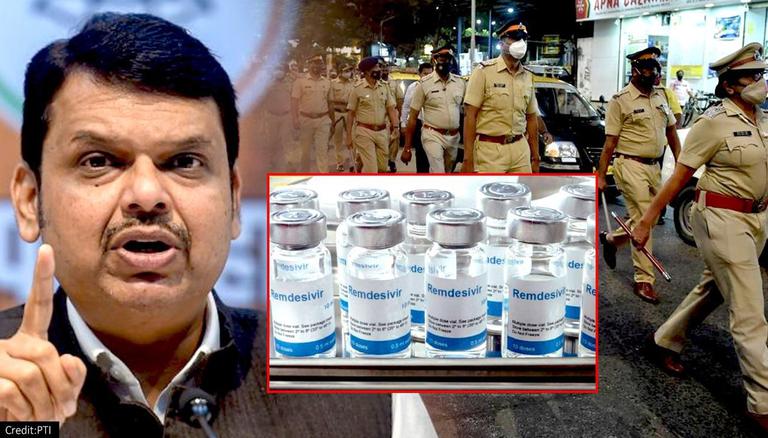 Issuing a statement on the late-night faceoff between ex-Maharashtra CM Devendra Fadnavis and Mumbai police over 60,000 vials of Remdesivir, police on Sunday confirmed that the pharmaceutical company was let off after questioning. Stating that ban of Remdesivir export had alerted them of the pharmaceutical company stocking of a large quantity of the drug, Mumbai police clarified that the company had been called by BKC Police Station for inquiry. Later, on the intervention of Fadnavis and Praveen Darekar, BKC police was informed that the company had acquired permission from the Drugs Controller General of India (DGCI) for domestic distribution of Remdesivir.

“Mumbai Police acted in good faith. The director of the pharmaceutical company was called for inquiry in order to trace and seize a large quantity i.e., 60,000 vials, of the life-saving medicine Remdesevir based on a specific input verified by facts. LoP Devendra Fadanvis said permission was taken from Commissioner FDA to donate the stock of Remdesevir vials to the Maharashtra Govt, as Remdesevir stocked for export cannot be diverted to the domestic market without permission from DCGI. The director of the pharmaceutical company was questioned and later allowed to go after asking him to be present for inquiry whenever called,” read the police’s statement.

Late Saturday night, Fadnavis, Darekar, Parag Alavani, and Prasad Lad visited BKC police station where Damann-based Remdesivir manufacturer Bruck Pharma’s owner was hauled for stocking 60,000 vials. Addressing reporters outside BKC, Fadnavis said, “Four days ago, we had requested Bruck Pharma to supply a stock of Remdesivir vials to Maharashtra. They said they couldn’t until permissions were given. I spoke with Union Minister Mansukh Mandviya and got Food and Drug Administration (FDA)’s permission. Tonight around 9 pm, the police arrested him.”

Lashing out at BJP, Mumbai Congress chief Bhai Jagtap said, “People are dying here and you are holding onto a life-saving drug! Is there any humanity left?”. Fadnavis has clarified that he would donate the stock to the Maharashtra govt which is currently facing acute shortage of the drug. Maharashtra govt has accused the Centre of allegedly blocking sale of Remdesivir to the state from exporters, which has been refuted by the Centre.

BJP had previously too landed in controversy after  BJP Gujarat chief C R Paatil announced that BJP would give 5,000 vials of Remdesivir injections free-of-cost to needy patients from the Surat BJP office on a daily basis. CM Rupani claimed that it was best to ask CR Paatil ‘how he procured the Remdesivir injections’, clarifying that the govt has made separate arrangements. Centre has banned the export of Remdesivir and Remdesivir Active Pharmaceutical Ingredients (API) till the COVID-19 situation in the country improves.

In the works: web of oxygen plants in districts of every state - The Indian Express