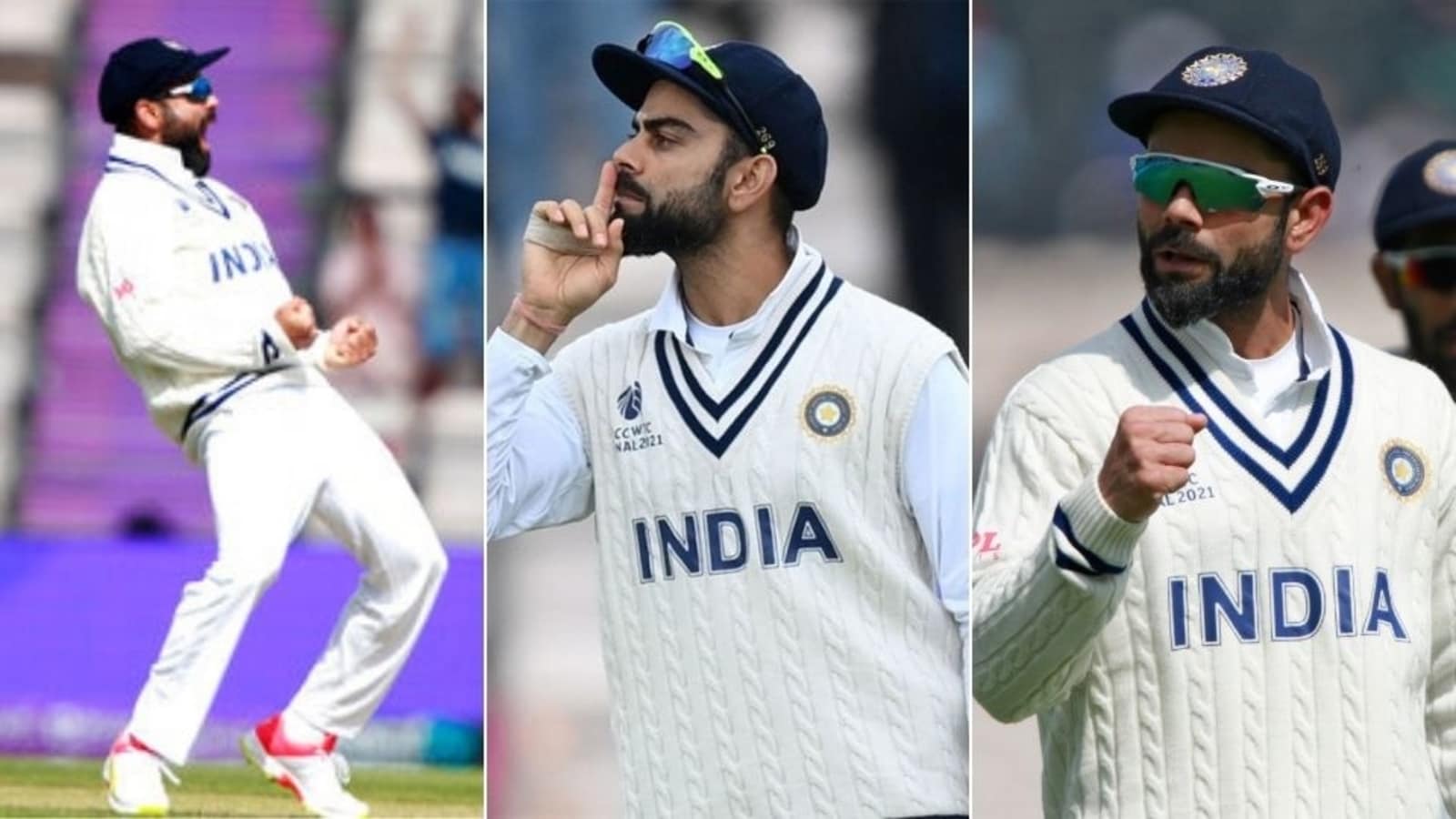 Indian captain Virat Kohli is a man of uncountable emotions and cricket fans are well aware of this fact. Every time he takes the field, his energy levels are always high. Be it a wicket celebration or acknowledging a catch, Kohli’s gestures are always electrifying.

During the World Test Championship final against New Zealand, the Indian captain’s ‘shush finger’ celebration became the talk of the town. It was later revealed by Kiwi left-arm quick Neil Wagner that Kohli responded to the Southampton crowd which was trying to get under his skin.

Meanwhile, former Indian wicketkeeper-batsman Deep Dasgupta has suggested that Kohli needs to be a little more careful while choosing his gestures on the field. During a live session on YouTube session, the former cricketer was asked if Kohli’s shush finger action towards some of the New Zealand supporters during the WTC final was justified.

ALSO READ | ‘You’re talking about ICC trophy but he hasn’t even won an IPL yet’: Raina’s take on Virat Kohli’s India captaincy

In reply, Dasgupta revealed how calm and composed Kohli is off the field but during a game, he gets carried away sometimes.

“I wasn’t there so obviously I don’t know. But with Virat, the thing is, personally the way he behaves helps him motivate himself. That’s how he gets himself going. If you meet him off the field, he’s one of the calmest people you’ll come across.

“He’s calm, quiet, soft-spoken, and very well-spoken too. But once he steps on the field, his attitude changes. I think that’s his way of motivating himself. If that works for him, and I have said this [before], it’s absolutely fine. At the end of the day, you want him to score runs. How he scores runs, how he wins games for India, we’ll leave that to him,” he added.

Agreeing with another user in his live chat, Dasgupta said the Indian skipper need to chose his words and gestures as he’s the role model for millions of kids.

ALSO READ | ‘Pressure is so much on both teams’: Junaid Khan explains why IND and PAK should regularly play against each other

“I agree (he needs to choose his words and gestures in the right way), some of the things, I know he gets carried away. As you said, there are kids who are watching him, he’s a role model for millions of kids and I agree with that,” Dasgupta said.

Justice Chanda’s Recusal in Mamata-Nandigram Case – Right Decision, But for the Wrong Reason - The Wire

In T20Is, he is no less than Virat Kohli, Rishabh Pant: Nehra singles out India’s ‘biggest positive’ from Sri Lanka ODIs – Hindustan Times

‘I was nervous before meeting them’: RCB batsman calls himself lucky to have played with de Villiers and Virat Kohli – Hindustan Times