In April, about a dozen countries expelled Russian diplomats in protest against the country’s secret service operations. The concerted step marks a new low in ties between Russia and the West since the 2018 poisoning of Russian ex-spy Sergei Skripal in the UK.

On Thursday, Bulgaria announced the expulsion of one Russian embassy staffer over investigations into a possible Russian link to four explosions at arms depots between 2011 and 2020.

Russia, denying the accusations, in turn expelled 20 Czech embassy workers. Ultimately, both sides agreed to staff their respective embassies with the same number of workers. This means Russia will have to repatriate 60 diplomats from its Prague embassy.

Several days earlier, the US declared that 10 Russian diplomats would be expelled in response to Russian meddling in the 2020 presidential election and for hacking. Moscow rejected the accusations and responded in kind. President Joe Biden’s tough rhetoric directed at Russian President Putin has further strained relations between both countries. Russia has now recalled its Washington ambassador Anatoly Antonov for consultations and urged the US to likewise withdraw its ambassador.

This pattern of tit-for-tat retaliations can be observed in numerous countries. In late March, for instance, Italy expelled two Russian diplomats accused of military espionage. Russia responded by sending one Italian home. 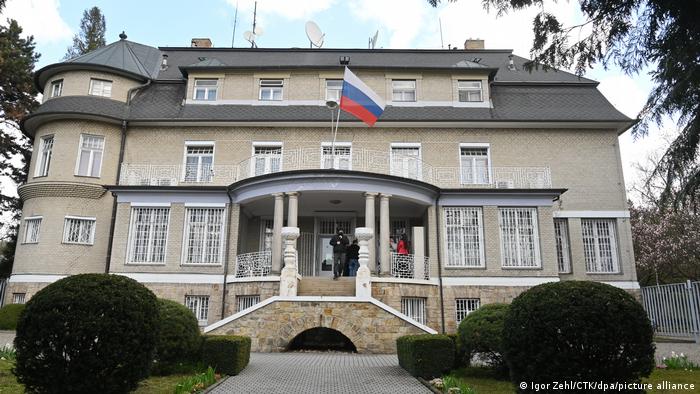 The Consulate General of the Russian Federation in Karlovy Vary, Czech Republic, has come under new scrutiny

Akin to act of war

Many observers wonder about the timing of this escalation. Steven Pifer, a former US diplomat in Ukraine who now teaches at Stanford University, said Czech authorities thoroughly investigated the 2014 munitions depot blasts. Prague claims the Russian agents behind the explosions are the same agents who poisoned Sergei Skripal and his daughter in England. The arms depot attack, Pifer said, would be seen in many other countries as “an act of war.”

Georgy Kunadze, who served as Russian deputy foreign minister during the 1990s, thinks Prague’s confrontative stance against Russia could have domestic reasons. But he said an overall willingness by the West to push back against Russian intelligence operations may also explain the tensions.”There is a lot of talk about the operations of Russian secret agents in other countries, and for good reason,”Kunadze tells DW.”This has an impact on Russian diplomats; Russia traditionally responds by expelling the same or an even greater number of foreign embassy staff.”

Hans-Jürgen Heimsoeth, a former German ambassador to Ukraine and Sweden, said we should look at the bigger picture. Speaking to DW, he said ties to Russia have been deteriorating for years: “Russia has been seeking confrontation for sure, yet this has taken on a new quality.”

He added that when he served as a West German diplomat in Moscow during the 1980s, cases of spying and diplomats being expelled were not uncommon. These days, however, we are seeing “a spike” in incidents.

Among these, Heimsoeth said, are the Skripal and Navalny cases, along with Russian disinformation campaigns, meddling in foreign elections and breaches of international law. Heimsoeth said expelling Russian diplomats sends a signal that the West is “closely monitoring Russian conduct.”

Steven Pifer argues Russian tit-for-tat retaliation is “a mistake.” Not only must it now recall dozens of diplomats. In addition, he said, Russian companies are now being excluded from a deal to construct a Czech nuclear power plant.

Pifer thinks that Prague’s expulsion of Russian embassy staff marks a heavy blow against Russian intelligence operations. But Georgy Kunadze disagrees. “I have often heard from people in this milieu that one expelled intelligence officer is simply replaced by another — and then you need to identify that agent,” he said, adding that “in-kind swaps of personnel are rare; it is likely they will send a regular diplomat to replace an intelligence officer, and a proper embassy staffer is sent off with an agent.” 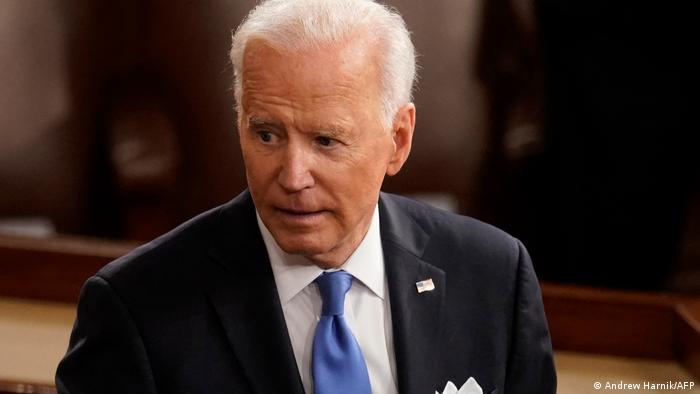 Steven Pifer believes that former Warsaw Pact states still have a strong connection due to their shared past, yet also feel the urge to distance themselves from Russia. Georgy Kunadze puts forward a further explanation. “It is plain to see how irritated these countries have grown that Russian does not treat them as equals,” he said. Larger EU states, such as Germany, maintain close economic ties with Russia, he points out.

Hans-Jürgen Heimsoeth said European countries are expressing their solidarity in different ways. Germany, for example, has offered to support the Czech embassy in Moscow. Moreover, the EU agrees that “painful sanctions” against Russia are needed.

Russia withdraws ambassador to US

But expelling diplomats from the Czech Republic and US is different to recalling embassy staff for consultations, the experts argue. “You cannot expel an ambassador,” said Georgy Kunadze. Adding that Russia’s move to withdraw its US ambassador was a diplomatic “novelty” that “does not meet diplomatic norms.” Pifer, too, describes the withdrawal as an unusual step, though not one that necessarily signals a crisis. He is certain the ambassador will return in time to prepare a meeting between Biden and Putin.

Georgy Kunadze, however, doubts that such a high-level meeting would bring improvements. “Russia’s global stance is not about compromise,” he said. Moreover, he argued, Moscow’s decision to ban foreign embassies from hiring Russian nationals will further complicate matters.

Steven Pifer recalls the year 1986, when he worked in America’s Soviet embassy. “We expelled 80 diplomats from Washington and New York by the end of that year.” The Soviets, he remembers, “expelled 10 US diplomats” and “barred 200 Soviet citizens” from carrying out ordinary, administrative tasks for the US embassy. “It was tough; each week, one [US] staffer had to take on such tasks.” Pifer recalls how he once donned a pair of jeans and jumped behind the wheel of a Helsinki-bound truck to deliver foodstuffs. He expects the spat of expulsions will similarly force embassy staff to take on a broader range of tasks.

The US embassy in Russia has now said it will stop issuing visas as of mid-May. This does not bode well for US-Russia relations.

Explained: What you need to know before buying an oxygen concentrator for home - The Indian Express

New COVID-19 cases rose to 39 in China; Beijing to be under long-term epidemic control