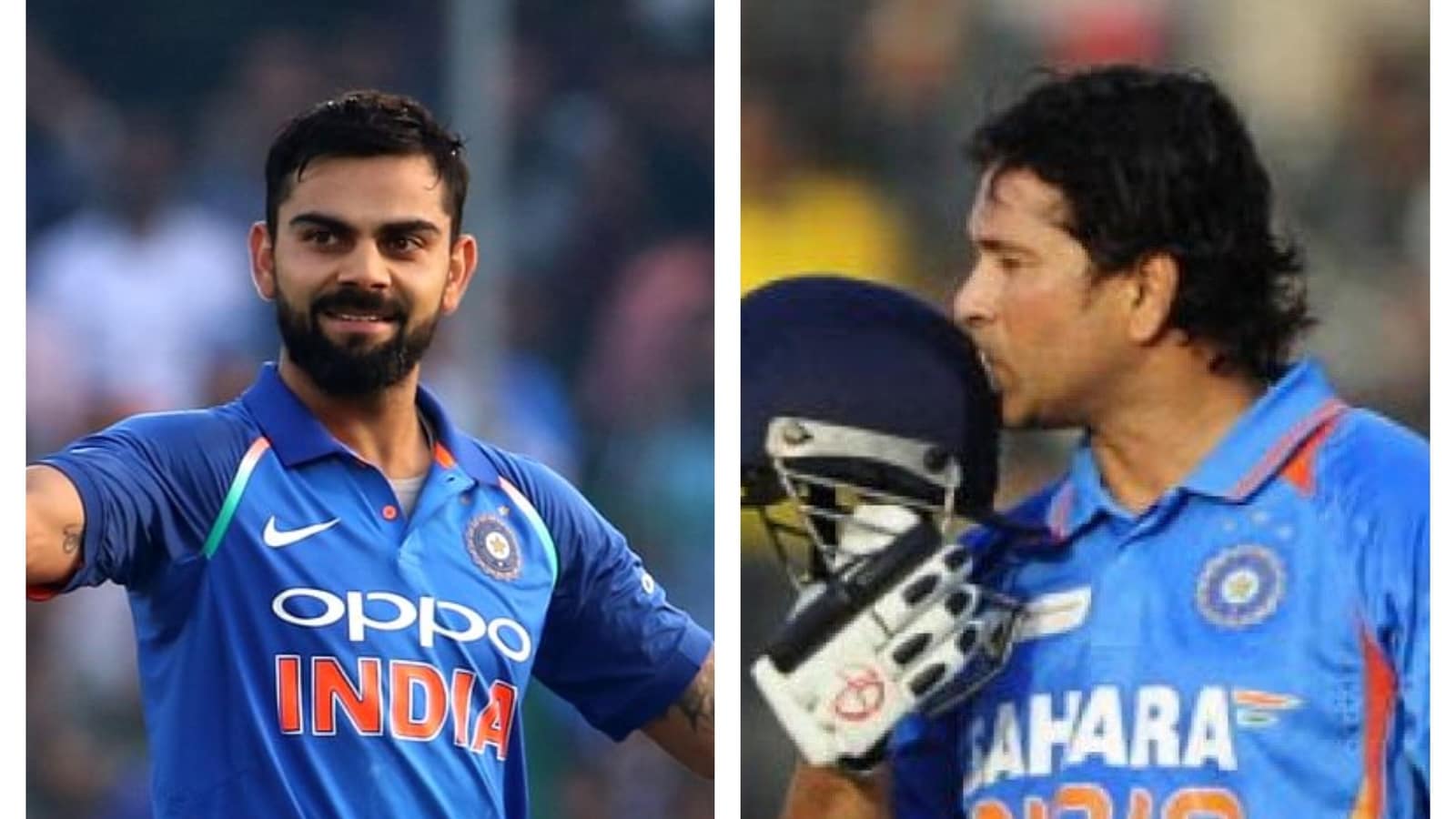 Former India fast bowler Venkatesh Prasad has weighed in on the comparison between Sachin Tendulkar and Virat Kohli, two of the best batsmen produced by India in their respective eras. Prasad said while it would be unfair to label either batsman as someone to be afraid of, Tendulkar and Kohli had rather contrasting demeanours which resonated throughout their careers.

“They are both brilliant individuals honestly speaking. On one side, Sachin was very soft, and of course, Virat comes out aggressive, but it’s not his nature. It’s just on the field because he wants to win and perform in every single game,” Prasad said on The Grade Cricketer Podcast.

“So did Sachin. He wanted to do well in every single game. You don’t really see much emotions from Sachin. We never say any, whether he scored a hundred or got out for a duck… whatever. Even when he gets hit, we don’t see much emotion, whereas Virat is someone who likes to express himself.”

Prasad, who played along and under Tendulkar in the 1990s and early 2000s shared an instance when the former India batsman would remain calm even after getting rattled by a Wasim Akram. Looking back at one of the most famous India-Pakistan encounters, Prasad recalled when Tendulkar was floored by an Akram bouncer, but came up with the best possible reply as if nothing had happened.

“One incident I would like to narrate here. Sachin once got hit in Sharjah with the new ball and Wasim Akram was bowling. He gets hit on his helmet. It was a quick ball, probably bowled at 145ish. So, he didn’t expect it, and by the time he reacted, he got hit on his helmet. And he just walks towards the leg umpire and shakes his head. Nothing, he doesn’t do anything. He doesn’t even remove the helmet, just holds his visor and gets the helmet in place,” Prasad narrated.

“He comes back and takes the strike and the second ball… it’s a new ball and Sachin is opening. The second ball again, Wasim bowls a bouncer. Same typical pace, same length and it’s coming at the height of his head. Perfectly targeted but Sachin hits it for a six. Again, no reaction from Sachin.”

Prasad then imagined how Kohli would have reacted to the same scenario playing the game today, and it couldn’t be further from how Tendulkar tackled his situations.

“Probably Virat, if he had got the same thing, after scoring a six, he would pump his fist or stare stared at the bowler. They are two different people, two different characters and both are extremely important for the game to really flourish,” Prasad explained.

Karnataka may extend lockdown-like curbs in state beyond May 12: CM - Hindustan Times