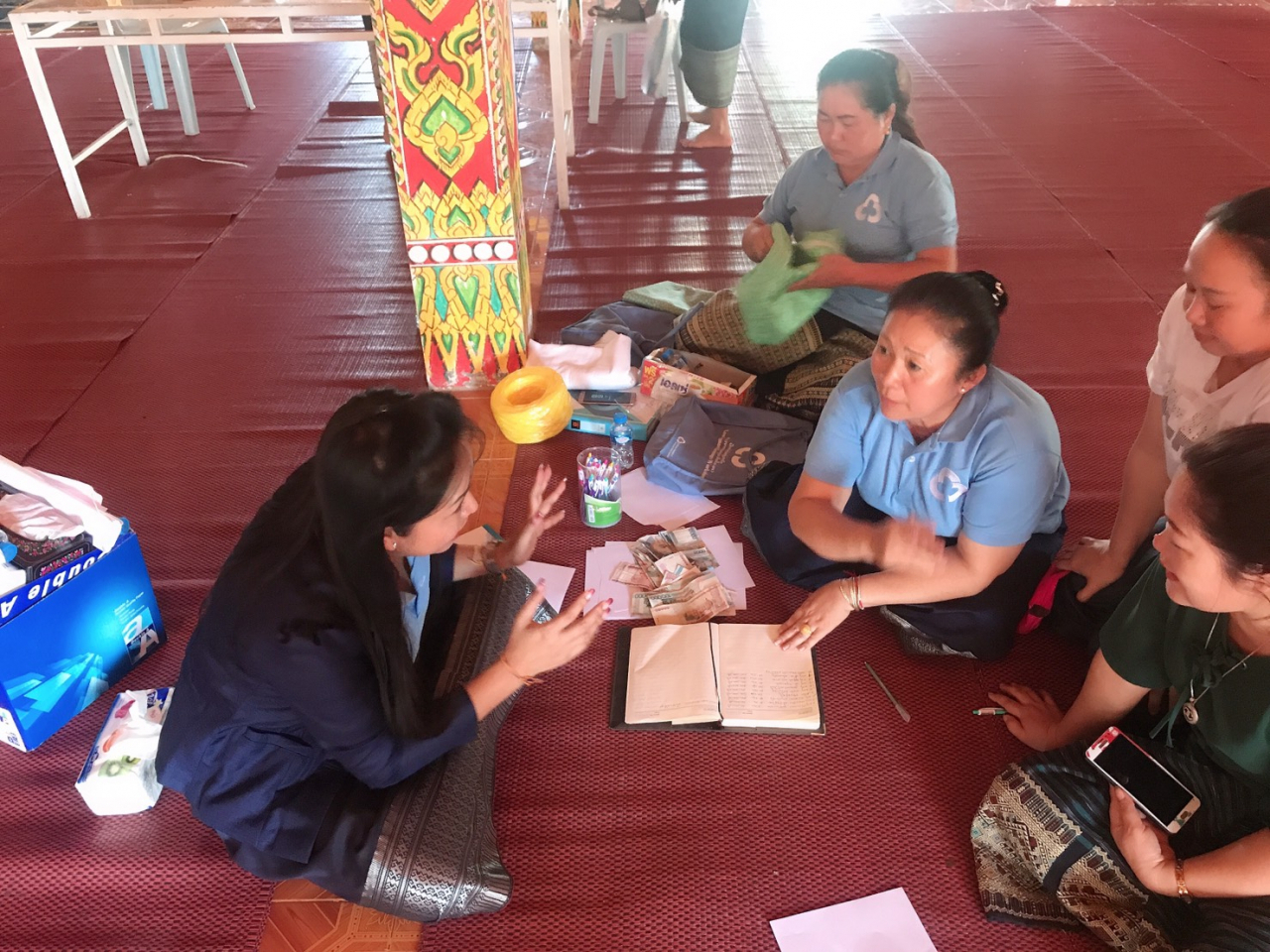 An official from the Lao government teaches members of Saemaul Geumgo in Phonhong district, Vientiane Province on how to write account books. (Korean Federation of Community Credit Cooperatives)

The Korean Federation of Community Credit Cooperatives said Tuesday it has launched Saemaul Geumgo, a community based financial institution supervised by the KFCC, in a rural village in Laos.

In partnership with the Lao government, the KFCC has helped residents of Km52 village located in Phonhong district of the captial city Vientiane establish Saemaul Geumgo in the region by offering management support of its financial systems as well as business models. Officials from the Lao government also educated the financal cooperative’s members on simple clerical tasks, officials said.

The financial cooperative was set up with funding from a total of 23 local villagers amounting to some 2.8 million Lao Kip, worth 400,000 won.

“(KFCC) expects Saemaul Geumgo in Laos to act as a stepping stone for agricultural communities in the country to alleviate poverty and exclusion from financial services,” said KFCC President Park Cha-hoon.