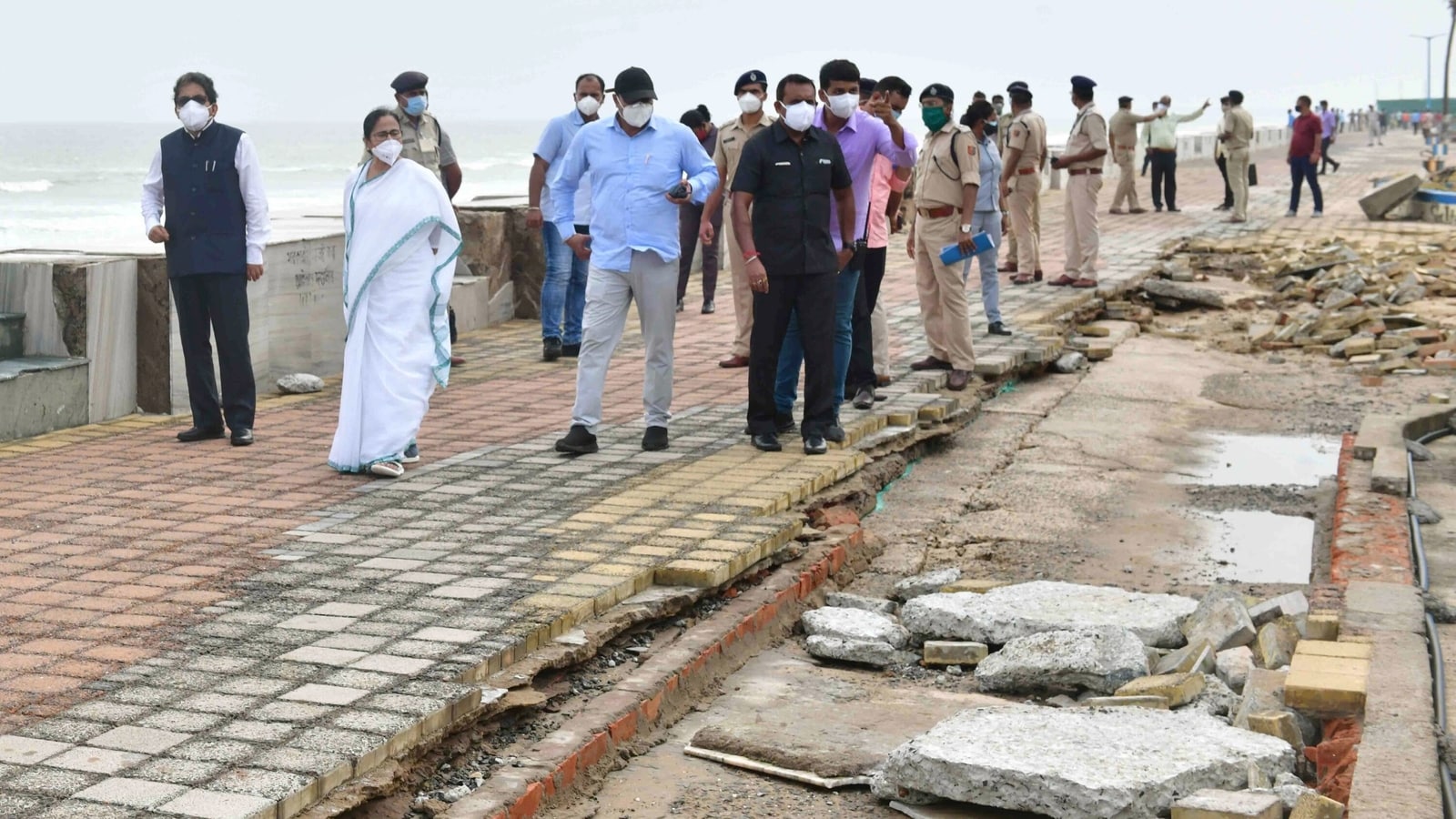 The meeting between Prime Minister Narendra Modi and West Bengal chief minister Mamata Banerjee over cyclone Yaas snowballed into a bigger political controversy as all BJP ministers, party chief ministers slammed Mamata for making PM Modi wait and then leaving the meeting just giving him a report. Shortly after this, the Centre invoked the All India Services Rule and directed the state government to relieve chief secretary Alapan Bandopadhyay, asking him to report at the North Block office of the department of training and personnel in Delhi on May 31.

Mamata said she took PM Modi’s permission before leaving the meeting which was attended by Union ministers Dharmendra Pradhan and Debasree Chaudhuri, governor Jagdeep Dhankhar and leader of the opposition in West Bengal Suvendu Adhikari.

So much fuss over an alleged 30 min wait?

The PM should also wait sometimes, Trinamool MP Mahua Moitra said comparing this to the wait of people for vaccines and for ₹15 lakhs in bank accounts. “So much fuss over an alleged 30 min wait? Indians waiting 7 years for ₹15 lakhs. Waiting hours at ATM queues. Waiting months for vaccines due. Thoda aap bhi wait kar lijiye kabhi kabhi…,” she wrote.

Mamata Didi’s conduct today is an unfortunate low. Cyclone Yaas has affected several common citizens and the need of the hour is to assist those affected. Sadly, Didi has put arrogance above public welfare and today’s petty behaviour reflects that.

Union minister Prakash Javadekar said it was a black day in India’s rich democratic heritage. “As the Prime Minister of India is kept waiting for a meeting held to expedite assistance to the people of WB, the petulance shown by the CM of Bengal is shocking indeed. For once she could’ve put petty politics aside, the spirit of cooperative federalism is the need of the hour,” Union minister Smriti Irani said.

There will come a time when Kohli will say 'enough, let him lead the side': Ex-chief selector bats for split captaincy - Hindustan Times