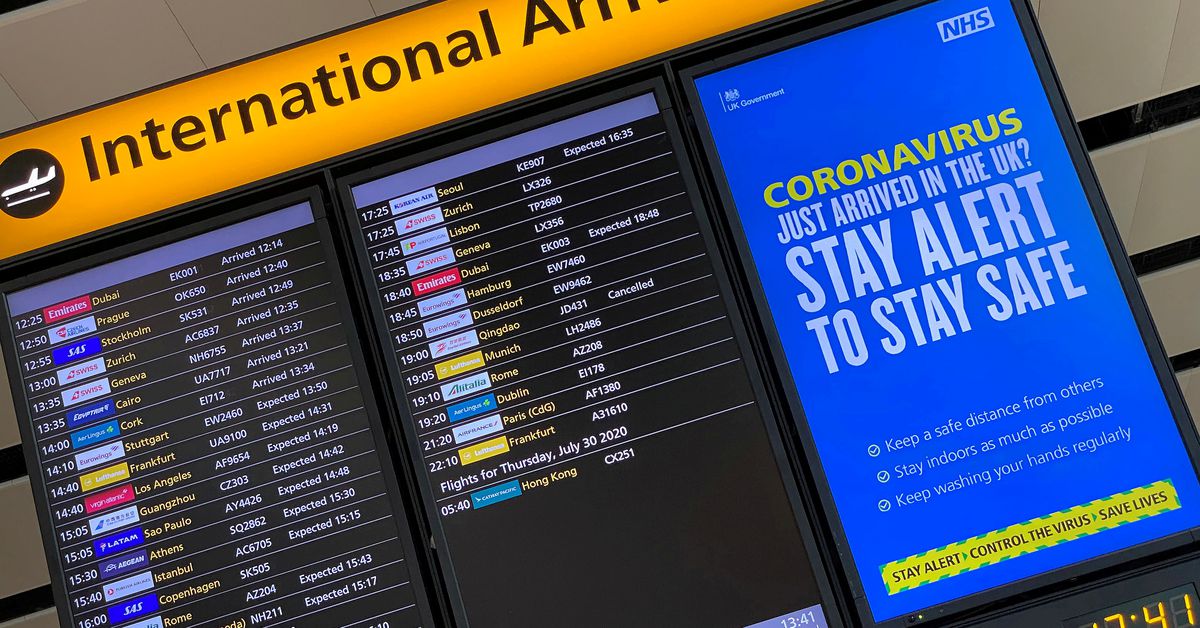 June 28 (Reuters) – Talks between U.S. and Britain regarding a travel corridor are increasingly unlikely to reach a conclusion by the end of July, the Financial Times reported on Monday, citing officials.

The officials added the rise in cases of the Delta variant in Britain, the complexities of the U.S. political system and uncertainty over the status of the AstraZeneca vaccine in the United States, where it is not yet approved, were set to extend the talks into August and even September, the newspaper said.

Officials in London hoped they would have the outline of an agreement to reopen travel between the United States and Britain by July 4, the newspaper added.

“Discussions between the working group are ongoing to ensure the UK and U.S. closely share thinking and expertise on international travel policy going forward,” the spokesperson added.

On Monday, Spain announced that will demand a negative COVID-19 test or proof of vaccination from British tourists coming to the country after letting them in freely for more than a month. read more

Portugal also announced British visitors must quarantine for 14 days from Monday if they are not fully vaccinated against COVID-19. read more

(This story was refiled to remove UK government’s no comment line.)

Reporting by Sabahatjahan Contractor in Bengaluru

Windows 11: All the big differences from Windows 10 - CNET

Why has Spain been hit so hard by the coronavirus pandemic?