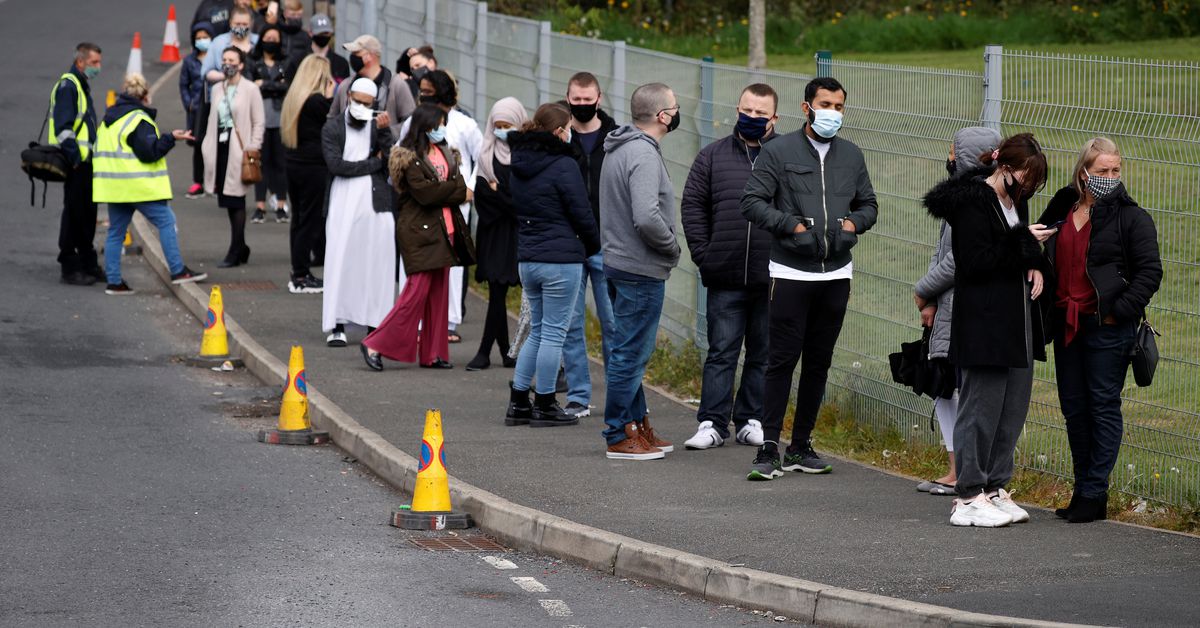 Britain’s government is anxious about the spread of the COVID-19 variant first detected in India and rules nothing out to tackle a sharp rise in cases of it, Prime Minister Boris Johnson said on Thursday.

Johnson has laid out what he describes as a “cautious but irreversible” route out of lockdown for England, with the next step planned for next week. He has warned that new mutants, such as the B.1.617.2 variant, pose a risk to that plan.

Government agency Public Health England (PHE) said the total number of confirmed cases of the variant had more than doubled in the past week to 1,313 across the United Kingdom. read more

Officials fear the variant, one of three first found in India, is at least as transmissible as the so-called Kent variant identified in southeast England last year, which fuelled Britain’s second wave of infections. read more

“We are anxious about it – it has been spreading,” Johnson said, adding that there would be meetings later on Thursday to discuss what to do. “We’re ruling nothing out,” he added.

People line up outside a mobile vaccination centre, amid the outbreak of the coronavirus disease (COVID-19), in Bolton, Britain, May 13, 2021. REUTERS/Phil Noble

There has been door-to-door testing in response to a surge in cases of the variant in north-west England, while extra vaccination facilities are being opened to boost uptake.

“Cases of this variant are rising in the community and we are continuously monitoring its spread,” said Susan Hopkins, COVID-19 Strategic Response Director at PHE.

“We need to act collectively and responsibly to ensure that variants do not impact on the progress we have all made to drive down levels of COVID-19 and the increased freedom that brings.”

He wants a nationwide approach to the easing of restrictions this time, and reiterated that he hoped restrictions would end across the whole nation in June, despite the local surges in variant cases.

“At the moment I can see nothing that dissuades me from thinking we’ll be able to go ahead on Monday and June 21 everywhere,” he added, referring to further steps to ease lockdown.

Windows 10 May 2021 update: Release date, new features, how to download and more - CNET

Russia, China to kick-off their biggest nuclear power project on May 19 – Times of India