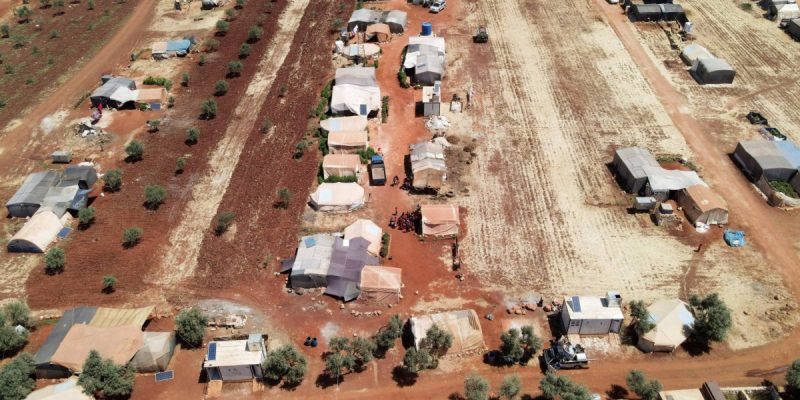 New Delhi: The UN Security Council witnessed a dress rehearsal of the imminent showdown between the West and Russia over the renewal of a mandate for cross-border humanitarian supply in Syria. India’s position aligned with Moscow, emphasising Syrian sovereignty and praise for Europe’s resumed diplomatic presence in Damascus.

Over last week, the Council held nearly all its meetings in-person, except for a high-level video debate on Afghanistan on June 22. It began the week with a briefing on South Sudan, followed by the quarterly debate on the UN’s mission in Afghanistan on Tuesday. There were also briefings on the Central African Republic and Palestine.

But this week was primarily dominated by the monthly meetings on Syria’s political and humanitarian situation, which continued to showcase deep divisions in the Council.

The meeting last Wednesday (June 23) had added significance as it was likely the last one before the Council starts deliberations on renewing Resolution 2533 that expires on July 11. This resolution authorises the supply of humanitarian aid through the Bab al-Hawa crossing on the Syrian-Turkish border, bypassing Bashar al-Assad’s Syrian government’s authority to deliver assistance to north-west Syria.

In the opposite camp, Russia and China accentuated supplying aid across frontlines within Syria – ‘cross-line’ convoys moving from government-held to rebel-held areas. The buzzwords here are the “sovereignty” and “territorial integrity” of Syria. By underlining cross-line aid operations, Russia hopes to get Western nations to work with the Bashar al-Assad government, which has remained an international pariah for years.

US President Joe Biden also raised the Syrian cross-border aid issue during his meeting with Russian President Vladimir Putin during their summit in Geneva but failed to secure any commitment. Bab al-Hawa is the sole remaining border crossing, from the initial four approved in 2014.

At the meeting, the US’s permanent representative to the UN, Linda Thomas-Garfield, called for reauthorisation of Bab al-Hawa and reinstatement of Bab al-Salam and Yaroubiya borders crossings for a year.

Thomas-Garfield, who had visited the al-Hawa crossing earlier this month, said that the US was willing to expand cross-line operations too but termed it an impractical immediate option. “With respect to crossline aid, it can be part of the equation – but it is completely insufficient to meet the needs of millions of desperate people inside of Syria today.”

The message from the UN’s top leadership was also for the Bab al-Hawa crossing to remain open, even as they stated that cross-line crossings could not be swapped for cross-border operations. “We are in dialogue with Turkey and groups in control of the area, and I have strong hopes that it will be possible to start cross-line operations soon.  But we must recognise that they will never be able to replace cross-border assistance at the present levels,” said UN secretary-general Antonio Guterres.

Russia was, however, in no mood to be appeased, questioning the senior UN officials on their assessment of cross-border posts. “How should we understand that? Does it mean the CBM (cross-border mechanism of humanitarian deliveries for Syria) will remain forever? This is the only way I can interpret those words,” said Russian permanent representative to the UN, Vassily Nebenzia.

He described cross-line aid as the “only legitimate option for a humanitarian operation to deliver assistance”.

Further, he noted that Russia could not uncouple the issue of renewal of the cross-border mechanism from the situation in Idlib, which the Russian envoy claimed had turned into a “safe haven” for terrorists in Syria.

There had been similar concerns last year, but the mandate for Bab al-Hawa was renewed last year, with Russia, China and the Dominican Republic abstaining.

The senior Russian diplomat claimed that Moscow had allowed the resolution to be passed last year, following assurances of developing cross-line deliveries. The Council witnessed a blame-game over the failure of cross-line operations to take off in the previous 12 months.

Also read: From Protest to War to Economic Crisis: A Timeline of Syria’s Decade-Long Conflict

With an emphasis on Syria’s sovereignty and putting cross-line operations on the same footing as cross-border ones, India primarily leans towards the Russian position.

“What we need immediately is an active engagement that is consistent with sovereignty, independence and territorial integrity of Syria and that addresses the urgency of the humanitarian issues to alleviate the suffering of the Syrian people. We need concrete steps to address hurdles that are obstructing the functioning of both cross-border and crossline operations; especially as we are barely two weeks away from the mandate renewal deadline for the humanitarian aid mechanism Resolution,” MEA joint secretary Prakash Gupta stated at the June 23 discussions.

India also took an opposite tack from the US on several countries re-opening their diplomatic posts in Damascus. “We note that some countries from Europe and the Middle East have started to re-establish their diplomatic presence in Syria. We welcome re-establishing formal channels of communication,” said Gupta, adding that this will help donors to “bring the dire humanitarian situation into sharper focus”.

The US recently warned EU member states and Arab partners like Saudi Arabia against restoring diplomatic ties with Syria. Greece, Cyprus, Hungary and Bulgaria have re-opened their missions headed by a Chargé d’Affaires (CDA).

An AP report said that a one-page draft resolution, authored by Ireland and Norway, reauthorises the Bab Al-Hawa crossing and also re-opens the Al-Yaroubiya crossing point on the Syrian-Iraqi border for a year.

In July 2020, Russia and China vetoed two draft resolutions, while two Russian-sponsored ones did not get the requisite votes before resolution 2533 was finally passed to keep Bab al-Hawa.

With Syria being an active item on the Security Council’s agenda, India has had to articulate its views on the developments, which has squarely been opposite to the Western opposition. India has called for the removal of sanctions against the Syrian government and also raised doubts about accusations that Damascus perpetrated chemical weapons attack against citizens.

India’s consistent support for Syria is principally based on its assessment that Bashar al-Assad remains an effective bulwark against the spread of the terror group ISIS, not only in West Asia but also in the larger region.

Also read: ‘For Sama’: A Personal and Political Account of Routinised Violence in Syria

This was also reflected in India’s remarks at the discussion on the political situation in Syria. “India remains deeply concerned that the involvement of external actors in Syria has given a fillip to the growth of terrorism in Syria and in the region. We urge the international community to reflect on this aspect of the Syrian conflict with all earnestness. We need to be consistent in strongly condemning terrorism,” said Gupta.

This week in the UNSC

Besides this, the Council will hold briefings on Bosnia Herzegovina and the implementation of the Iran nuclear deal.

Before the end of the month, the Council has to also renew the mandate of the DRC sanctions regime, UN Multidimensional Integrated Stabilisation Mission in Mali (MINUSMA) and the UN Disengagement Observer Force in the Golan Heights (UNDOF).

France will take over the presidency on July 1.