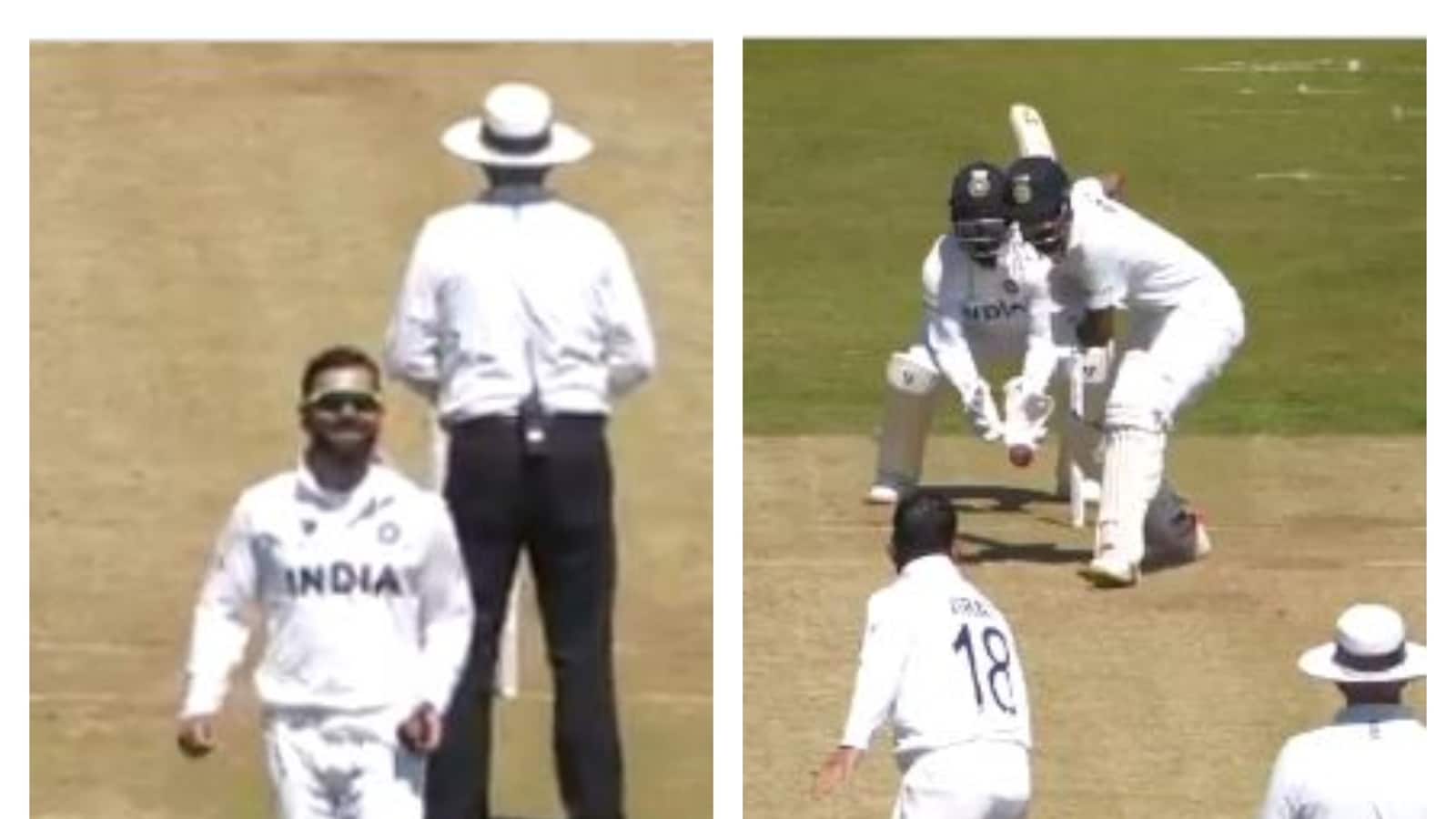 The Indian Cricket Team is currently playing an intra-squad practice game in Southampton ahead of their all-important World Test Championship final against New Zealand which begins at the same venue on June 18th. The two teams, being led by Virat Kohli and KL Rahul, engaged in a fierce contest on Day 2 of the simulation match, and a video of the contest was uploaded on the BCCI website.

Even though India captain Kohli is known for his batting, he was seen bowling during the match. A moment came on Day 2 of the intra-squad practice match when Kohli was seen bowling to his opposition captain KL Rahul.

Also read: ‘He will consistently hit little footmarks size of roti’: Warner backs Jadeja to be part of India XI at WTC final

The BCCI uploaded a video of the moment in slow-motion and asked fans to explain what would happen next.

“Captain vs Captain at the intra-squad match simulation. What do you reckon happened next?” the BCCI post read. Three options were also given in the post – Straight-drive (OR) Defense (OR) LBW.

What do you think happened next? Would you like Virat Kohli to bowl during the WTC final against New Zealand?

Meanwhile, the flamboyant Rishabh Pant took his senior bowling colleagues to the cleaners with an unbeaten century while opener Shubman Gill also warmed up with a polished 85 during the Indian team’s intra-squad match simulation over the last two days.

The two teams are being led by Virat Kohli and KL Rahul with all the first team batsmen packed in one side and the regular bowlers on the other, with reserves like Rahul, Wriddhiman Saha, and Hanuma Vihari.

Pant, who has been in the form of his life, hammered every bowler including the spinners in his unbeaten 121 off 94 balls. Opening the batting with Rohit Sharma, Gill scored 85 off 135 balls.

Pant’s sparkling knock and Gill getting into the rhythm augur well for the Indians who are expected to play another short intra-squad simulation game in the coming days.

‘Very tough to put him in there’: Four Indians but no Virat Kohli in Brad Hogg’s World Test Championship XI – Hindustan Times

India vs England: ‘Fans need to cut Kohli some slack, India lucky to have him,’ says Peter Trego on captaincy debate – Hindustan Times